The Evumenicum in Munich is basically a dorm for students at Munich’s university of about 50,000. http://www.coe-muenchen.de/wir.html?&L=1

More than that, it is a spiritual community with Pastor Janning Hoening as leader. Janning’s wife Allison, also a pastor, is working on her PhD in Liturgical Theology. Allison is from Christ the King in Houston. She was a Fullbright scholar who studied at Rice, Yale and Philadelphia seminary.

Monday night nearly all the students gathered for dinner, and a program called Dies Academicus, a lecture followed by evening prayer. About 25 students stayed for the lecture.

I met Andrew, a student from North Carolina, who is working on his PhD and writing his dissertation on Paul and desire. When I mentioned Fortress Press’ new book he said, “I need that book.” With the help of Beth Lewis and Clint Schnekloth I directed him to http://store.fortresspress.com/store/productgroup/576/Eros-and-the-Christ-Longing-and-Envy-in-Paul-Christology.

I met a pastor/professor named Shinichi Kotabe from Japan who was spending his sabbatical (one year) writing a book on Luther’s last words, which he claims were John 3:16. Luther had written six letters to Katie from Eisleben as he lay ailing, but his last words, this pastor claims, were
Scripture. I would love to read his book when it comes out, if it gets translated to English. He’s writing it in Japanese.

Allison, Janning and their children are delightful hosts. 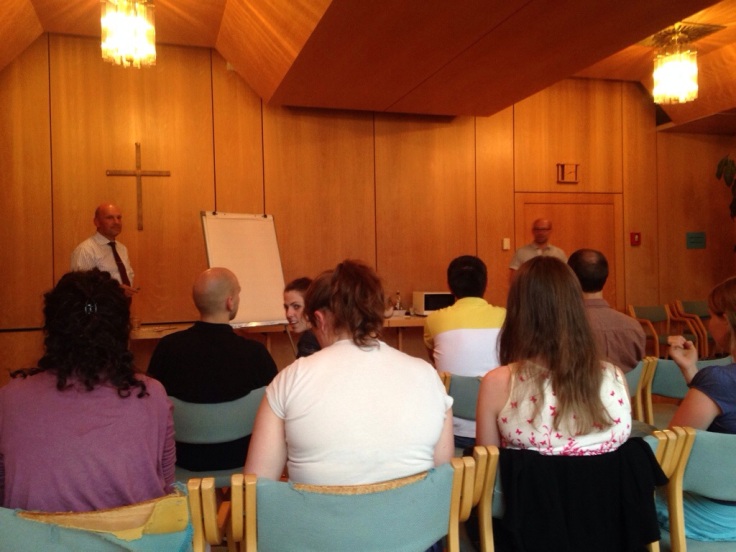 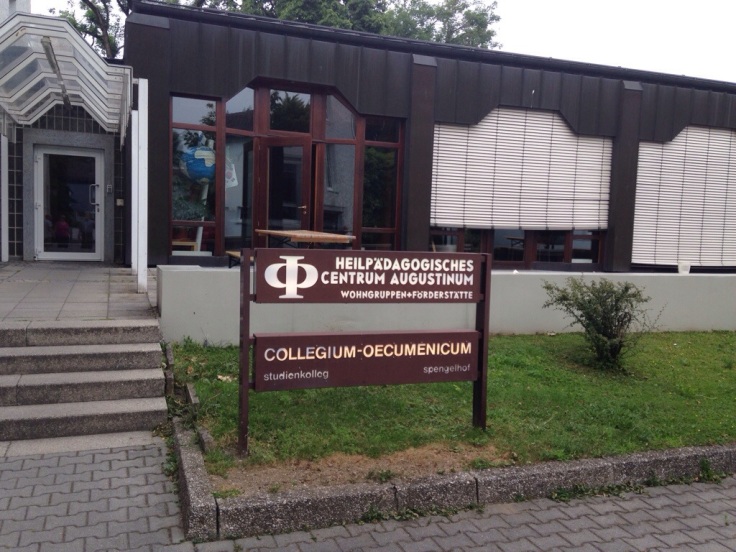 One thought on “Collegium Oecumenicum München”