Salem in Southwest Houston celebrated their 60th anniversary today. Founded in February of 1955. Pastor David Roschke came in May of 1982, the second of only two senior pastors in 60 years.

Salem worships in the round, so you’re missing in this photo the folks to my right, left and behind, but here’s a shot of the folks at the early service. 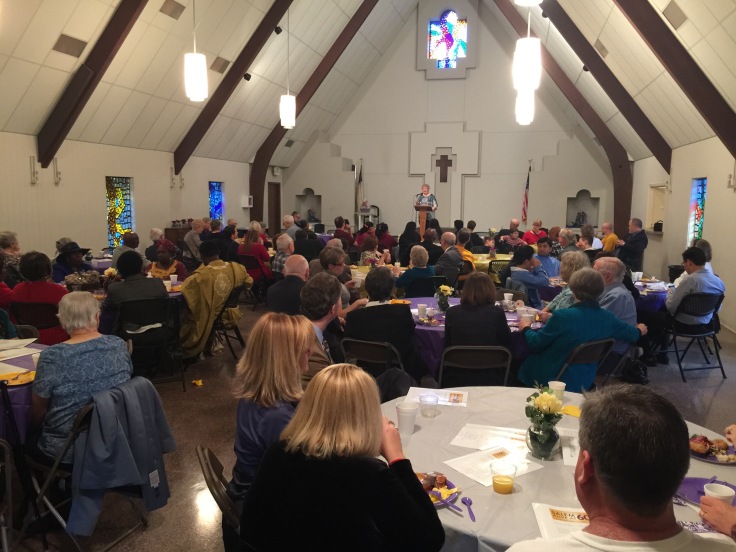 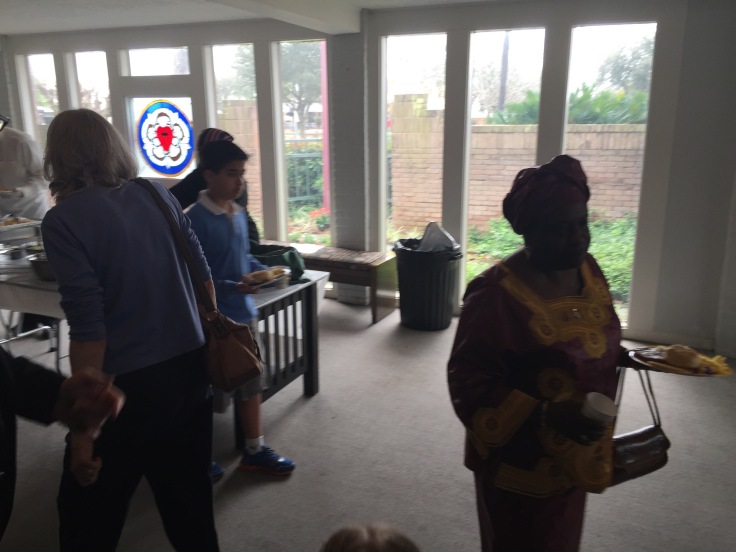 I’m not sure, but I don’t believe I’ve ever had shrimp and grits for breakfast between services before. 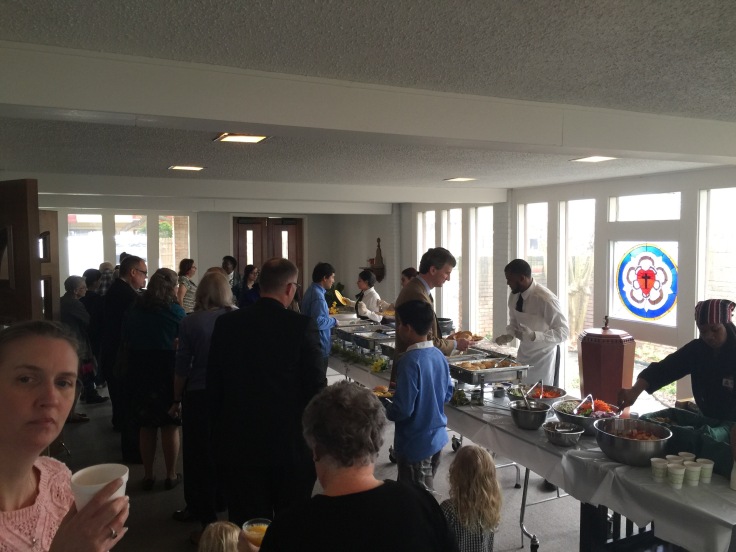 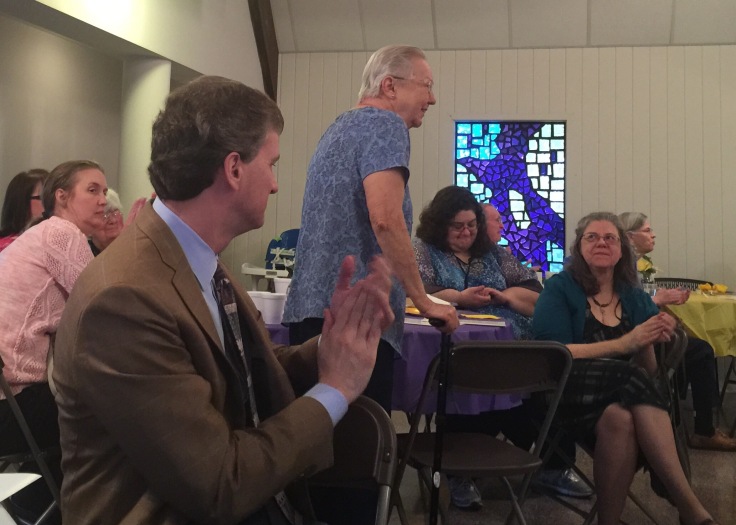 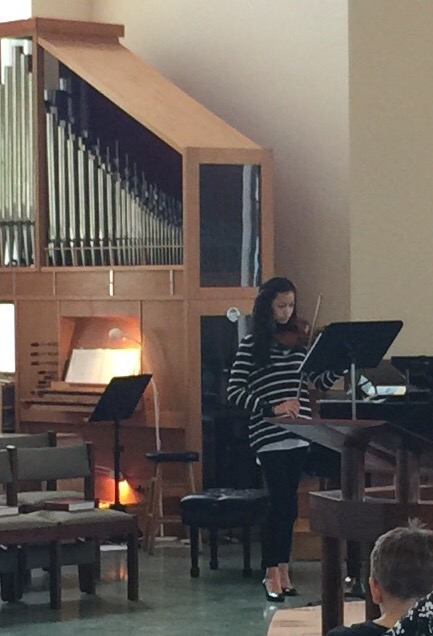