Dr. Eileen Doll serves on the Gulf Coast Synod Council. She is a professor at Loyola University in New Orleans, serving as Chair of Languages and Cultures. She is a member of Grace Lutheran Church in New Orleans.

This past year she told me about a class on immigration she was teaching. She found it moving, so I asked her if she would consider writing a few paragraphs about the experience. Here are her thoughts.

​In the Spring 2015 semester at Loyola University New Orleans, I taught an experimental advanced Spanish class about Immigration. After selecting various readings—some essays, some fiction—a few movies and some guest speakers, I still was not certain what direction the class would take. However, students were eager to sign up, and we began the journey together.

All students in the class were required to do 20 hours of specific service (“Service Learning” in academic lingo) at one of the approved non-profit agencies that serve Latinos in the New Orleans community. The speakers included a Costa Rican novelist (one of my colleagues), two lawyers (one was Kären Halstrom Hazlaris, from my home congregation, Grace Lutheran Church in New Orleans), a bilingual case worker, the migration specialist at the Jesuit Social Research Institute at Loyola, and some community organizers from the Congress of Day Laborers or Congreso de Jornaleros.

​After a couple of weeks of reading and class discussion, the students started to understand many of the issues surrounding immigration, both documented and undocumented. It is not a simple matter. We examined problems people have in the journey to the United States (or Europe), stereotypes that complicate their lives in the new country, legal and social justice difficulties, and on and on (language, living conditions, fear of deportation, prejudice, etc.). Regularly we also reminded ourselves that not all immigrants in this country are here without documentation and, in fact, our country was founded by immigrants.

By the end of the semester, the students who came into the class with little or no information about the topic expressed that they now realized how complex an issue this is, and how solutions are only partial. The class came to the conclusion that education was the best answer: educating the general populace in the United States that immigrants are people like them, with some differences, that they gave up everything to come here, and that they continue to suffer here; and supporting better education of the children in Central America and Mexico to help them where they live.

​Although some days were depressing, seeing how children are surrounded by violence—killed by the gangs that rule in some of the Central American countries, women, girls, and boys raped as part of the toll to enter this country—how prostitution is a better life than what they had before, and how some people do not hesitate to take advantage of these immigrants, overall, the class was uplifting. Why? Because as I was learning, I was able to share this information with these young minds, and it did make an impression. One student declared she now wanted to become an immigration lawyer. Another stayed after class to ask questions of the guest speakers, how to help. Others volunteered at a Catholic Teach-In, facilitating discussion between young immigrants and local Catholic high school students. After learning about the negatives (violence, etc.), I saw the shining light of hope in the future, in my own students and their outreach. Perhaps my favorite comment from the students was on the final service reflection paper: “This class definitely needs to be taught again.”

I plan to do so, with my students’ encouragement. It was a beautiful experience, especially bringing in the guest speakers from our service organizations. We all learned from each other. 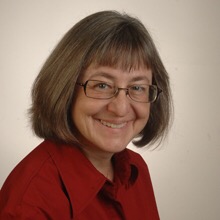 Doll also published the book El papel del artista en la dramaturgia de Jerónimo López Mozo: juegos temporales e intermediales in 2008 (Iberoamericana Editorial Vervuert, Madrid and Frankfurt am Main), analyzing the use of history and visual arts in a specific dramatist of Spain. Her most recent articles include “Los inmigrantes africanos en tres piezas españolas: I. del Moral, J. López Mozo y J. Moreno Arenas” and “El Teatro de la Muerte en la dramaturgia de López Mozo y Sanchis Sinisterra” (published in 2013, and 2012, respectively). She has been an invited speaker on topics from contemporary theatre of Spain, to specific playwrights, to the Spanish culture in New Orleans, to the importance of the novel Don Quijote today, both locally and at the national and international levels. In addition, she has given scholarly papers at various regional and international conferences. Currently, she is working on projects in contemporary Spanish theatre dealing with immigration and the Other, voyeurism, and animal images.

Eileen Doll teaches all areas of Peninsular Spanish Literature and Culture, as well as introductory, intermediate, and advanced Spanish language classes at Loyola University New Orleans. In May 2008, she received the Excellence in Teaching Award from the College of Humanities and Natural Sciences.

In addition to her research and teaching interests, Dr. Doll is an advisor for Spanish majors, and the faculty advisor for the Loyola chapter of the national Spanish Honor Society, Sigma Delta Pi.

One thought on “Immigration: Education for Justice”