We are told we need a wall on our border because terrorists could come into our country.

1. If this is the case, then why aren’t we building a wall on the northern border, which is twice as long and ten times easier to cross? There are no known cases of terrorists crossing the southern border to carry out plots in the U.S.

The truth is, we have much darker reasons for walling off our southern border, and it has to do with race. Immigration policy in the U.S. Has always been about keeping out undesirables. In the late 1800’s The U.S. Completely cut off Chinese immigration, because they were considered sub-human. They would entropy the fabric of society.
2. The wall is also built on a myth: The evil we fear is “out there,” not in here. If we just put up a wall, we can keep the evil out.

The events of this week, with the death of nine Bible study participants at Morher Emanuel AME Church in Charleston, at the hands of a white supremacist out to teach us that. Yes, 9/11 was committed by outsiders (who, by the way, didn’t come across the southern border) but the second most devastating terrorist attack in U.S. History was committed by an American: Timothy McVeigh, the Oklahoma City bombing.

Good theology teaches us sin and evil are universal. No wall can keep it out. 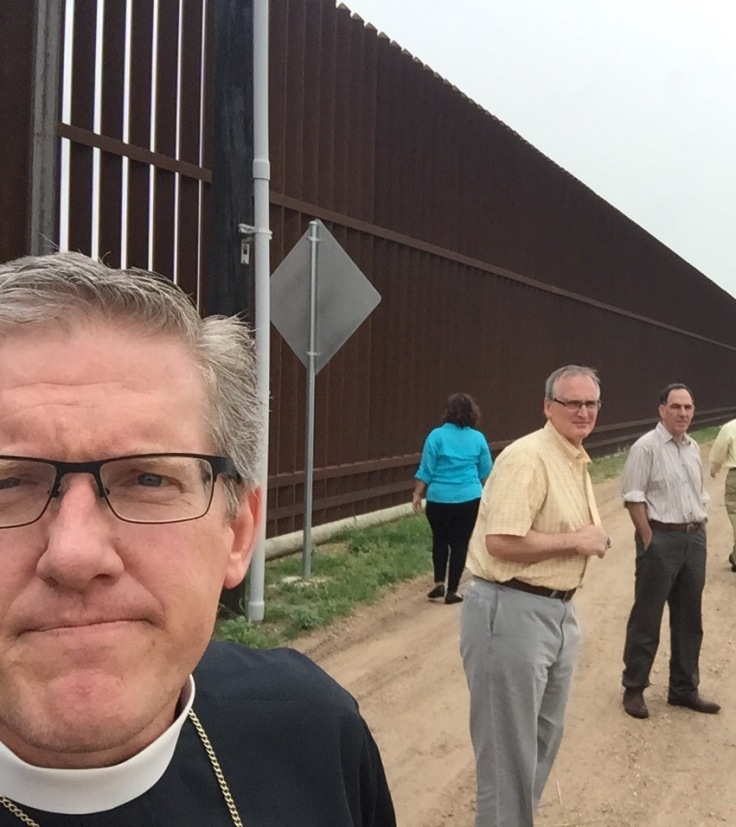 There was no border wall until 2008. San Diego has a triple wall. The cameras haven’t worked. They can’t distinguish between a two-legged coyote and four-legged coyote.

Minimum wage in Mexico just went up to $6.40/day. PER DAY. As long as there is extreme poverty out there, and a better life in here, no wall will keep them out. Show me a 10-foot wall and I’ll show you an 11-foot ladder. Walls don’t work. Ask China. Ask Berlin.

The wall has affected the ecosystem, disrupting migratory patterns.

The wall also damages trade. In 2012, trade between the U.S. and Mexico totaled $472,933,986 billion, roughly the equivalent of $1.3 billion a day or $1 million per minute. 98.5% of Texas exports go to Mexico.  According to the US Chamber of Commerce, 463,132 jobs in Texas rely on trade with Mexico. The border region of the United States and Mexico – comprised of ten border states and nearly 100 million people – would be the 4th largest world economy.

Our border is as secure as a border can get without a military state. Border are by nature porous.  Border crossing are at a historic low. Our border fever is just that, a fever, based on racism and the myth that we can keep the bad guys out. This fever is costing us tax dollars, trade dollars and our humanity.