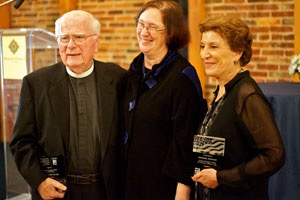 It was a great pleasure to hear Sonia Nazario speak. She is the author of a soulful book many of us have read, called Enrique’s Journey. She spoke passionately with me about the plight of Central American kids in Texas, asking how to get connected to our networks.

Sonja’s dad died when she was 13. They moved to Argentina when she was 14 years old. It was a time when people were being disappeared. Even owning Alice in Wonderland could get you on a dirty list. 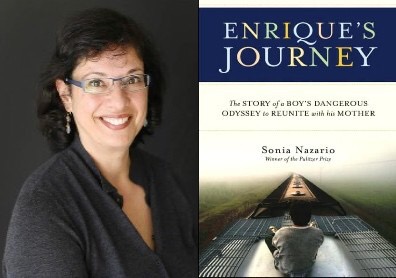 This background gave her a passion for those who are struggling. Sonja has written much about the plight of people living in violent Central America, women who can’t feed their children, choosing to work in the US, children who grow up with a mom who calls from a far away place, and eventually make their way to the US with their mom’s phone number in their pocket. She rode the train up through Mexico to better understand the desperation that leads to this situation. It is a compelling story, that can only be told by her pen and lips.

The two honorees are tireless fighters for justice among immigrants and refugees.

The Rev. Dr. Kenneth Senft, as a seminarian, began his ministry with refugees in Germany displaced during World War II. He met his future wife, Josephine Haugen in a refugee camp and was married by a Lativian Lutheran bishop who was also a refugee. Later ordained, he eventually serviced as the LCA Director for Missions in North America.

He served on the LIRS board of directors during the 1970’s as the organization was resettling Cambodian and Vietnamese refugees. Rev. Senft was instrumental in helping LIRS secure funds to expand its work with refugees and migrants. In 2000, he led the ELCA’s efforts to reshape seminary education while teaching at Lutheran School of Theology in Gettysburg.

Both of his daughters are ordained ELCA pastors. He was honored last night for 70 years of service to refugees.

Activist, writer and scholar Mahnaz Afkhami was honored with the Walk of Courage Award for her lifetime of bold advocacy for human rights. She is the Founder and President of Women’s Learning Partnership for Rights, Development, and Peace headquartered in Bethesda, Maryland; the Executive Director of the Foundation for Iranian Studies, and former Minister of State for Women’s Affairs in Iran. 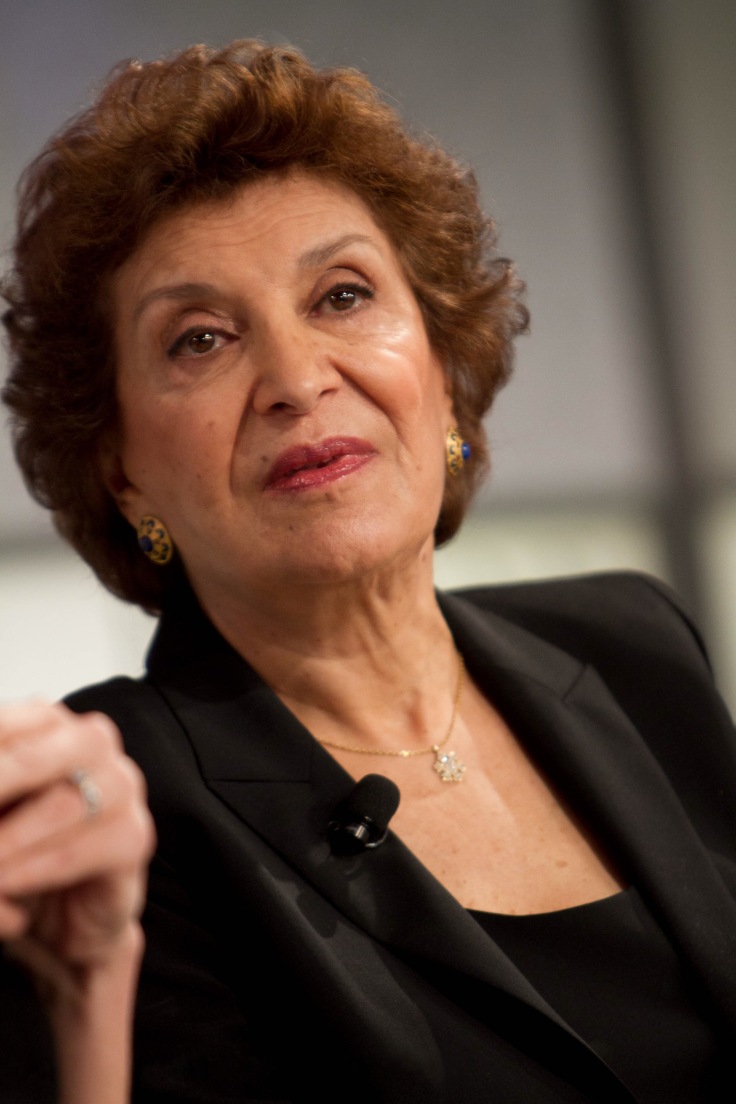 Born in Kerman, Iran, she was a professor of literature who founded the University Women’s Association of Iran and served as Secretary General of the Women’s Organization of Iran prior to the 1979 Islamic revolution. She was speaking in New York when the Iranian Revolution took place. Her husband called to tell her to stay put. The ayatollahs had put her on a death list. Her house was confiscated. Her husband fled to Turkey and eventually found his way to the US.

Speaking eloquently, she explained what it felt like to have only a suitcase of clothes. What does one do? In exile in the United States, Ms. Afkhami became leading advocate of women’s rights. She has done this for more than three decades, having founded several international non-governmental organizations focused on advancing the status of women.

These stories put a human face on the realities of immigration. What does one do when one can no longer live in ones home country? It is a very difficult situation. One learns a new language and makes a new life, mourning what was.

Today, many Syrians and Central Americans face violence that we can only imagine. Central American elementary school children are told by drug lords that they will sell drugs or they and their entire families will be shot in the head. Girls are told they will become girlfriend to the drug leaders.

We must work to end war, poverty and violence around the world. In the mean time those of us who hear Christ’s call to welcome the strangers the displaced immigrants, seek to figure out how. Some say, anywhere but here. Most understand the obvious mandate for welcome.