Isaiah 43:1-7 – Do not fear, for I have redeemed you; I have called you by name, you are mine. When you pass through the waters, I will be with you; and through the rivers, they shall not overwhelm you; when you walk through fire you shall not be burned, and the flame shall not consume you.

Psalm 29 – The voice of the Lord is over the waters; the God of glory thunders, the Lord, over mighty waters.

Acts 8:14-17 – Baptized Samaritans receive the Holy Spirit through the laying on of hands by John and Peter.

Unlike the birth of Jesus, the baptism of Jesus is recorded in all four gospels. Historians, both Christian and non-Christian, consider the baptism of Jesus to be one of the most historically plausible events in the Gospels. Neither Mark, nor John, nor Paul ever mention Jesus’ extraordinary birth. No stable, no star, no virgin, no angels, no shepherds, and no Magi. Either they did not know the stories or did not consider them important to their theology. Apparently it is possible to write a gospel of Jesus without referring to his birth. But the baptism is central.

Baptism is entrance into the Christian life of faith. The baptism of Jesus was an important event for the early church. This is the perfect Sunday to lift up and do a remembrance of baptism.

Luke is precise. In Luke 3, he dates John the Baptist to the 15th year of the reign of Tiberius Caesar. He also points out that Judea has been divided up between Herod’s three sons, with Pilate in charge. According to David Lyle Jeffrey, in his commentary on Luke’s gospel, when you correlate that with the historian Josephus and with Roman history, this means John comes on the scene in 29 A.D. This date is known by early Christian commentators.

The fact that John preaches in the wilderness is a clear connection to Isaiah, a voice crying in the desert. There is a connection between the judgment and comfort of Isaiah and the judgment and comfort of John the Baptist. Judea has been dominated and carved up by Rome. According to Jeffrey, Gregory the Great and Bonaventure make it clear that “Judea had come to an end, for it was subjected and divided into so many kingdoms.” Like the Hebrew prophets, John the Baptist made it clear that the former glory had departed, and there was nothing left to do for Israel but repent.

John accused the religious folks of being like vipers, fleeing the wrath to come. I have heard this described as the rush of snakes and wildlife ahead of the flames when a brushfire sweeps across the land. The wrath to come strikes me as Israel’s judgment: The destruction of the Temple in 70 A.D. (41 years in the future).

John’s baptism is one of repentance. Ambrose says it’s a baptism of law. Get your act together, and then come for baptism as a sign you have committed to it. It is only in Jesus’ baptism that the Holy Spirit comes, as signified by the dove and the voice from heaven. I believe there are some who still view baptism in this way, not as a means of grace, but as a work.

For us, the significance of baptism is the forgiveness of sins, as we teach in the catechism. If, however, this is the case, then why would Jesus need to be baptized? Christian doctrine has held that Jesus was “without sin.” John’s baptism was a baptism of repentance for the forgiveness of sins. Cyprian answers for us: “Although he was himself not a sinner, he did not disdain to bear the sins of others.” Jeffrey says that in the exegetes there is a profound sense that in the Baptism of Jesus, we have the hinge between Old Testament and New Testament theology. Jesus’ baptism fulfills all righteousness and puts him theologically in line with John the Baptist and his critique/compassion for Israel.

Baptism isn’t mentioned as such in the Hebrew Bible, but ritual washing was a common part of Jewish life. One washed so that one was not unclean. Many things made one unclean, not just sin. Sometimes it was being ill. You could not approach the Temple in an unclean state. Archaeological digs have uncovered huge washing pools (baptistries?) outside the Temple. If you had come in contact with a corpse, you would have to go through a ritual bathing (mikvah) before entering the Temple.

John’s baptism is unique because he seems to approach it as a one-time event, attaching to it the forgiveness of sins and eschatological overtones. Also, in John there is a sense that the exterior washing corresponds to an interior washing. This is also evident in Jesus’ theology.

The Pharisees would have been unhappy with John baptizing because they didn’t believe that ritual washing was necessary for the forgiveness of sins, only animal sacrifice, which was strictly controlled by the Temple authorities. The leaders of the Temple would have been even more upset, since they were the authorized agents to forgive sins. Just as some people today believe you must have your sins forgiven by a priest, so did many first-century Jews. Forgiveness was the domain of the Temple system. John was offering an unauthorized forgiveness of sins through baptism. He was circumventing the Temple system.

There is a word used by another John, John Nunes (currently at Valparaiso University, soon to be president of Concordia Lutheran University in Bronxville, New York), to describe one cultural shift we’re seeing today: disintermediation. Disintermediation is the circumventing of the mediator. Technology, the internet, and communications have made it possible to eliminate the “middle man.” This was also an emphasis of the Reformation, where the church controlled so much of spiritual life. The same seems to be happening here.

Brian Stoffregen helpfully reminds us that the season of Epiphany is bookended with two pronouncements from heaven: “You are my beloved Son, with you I am well pleased,” in Luke 3 at Jesus’ baptism, and “This is my Son, the Chosen…” in Luke 9 at the Transfiguration (February 7, 2016). The central purpose of this passage is to remind the reader who Jesus is. The people are wondering (in expectation) if John might be the messiah. John makes it clear that a greater one is coming. The rich and powerful never tied their own shoes. This was beneath people of privilege. This, like foot-washing, was the job of the lowest slave in the pecking order. John is exalting Jesus, while at the same time saying he is lower than the lowest slave in the pecking order. Humility is central to John’s, Jesus’, and Paul’s proclamations of the gospel. “For the Son of Man came not to be served…”

But there is another interpretation. In Hebrew culture, when a man was betrothed and did not wish to marry her to whom he was obligated, another could come along and “loosen his shoe,” agreeing to marry her and letting the original betrothed off the hook.  In other words, John is not worthy to replace Jesus in this marriage with his bride Israel. Israel represents the virgins (unfaithful though they may be) waiting for the bridegroom to appear. Augustine, Cyprian, and Ambrose prefer this interpretation.

John says this Jesus will baptize you with fire and Spirit (a reference to the Spirit and tongues of flame at Pentecost in Luke’s volume 2: Acts)?

The voice from heaven seals the deal. And of course the bird. Animals were signs of the divine, omens in the Hellenistic society for which Luke was writing his gospel. To this day the dove is a symbol for the coming of the Spirit, without which all our endeavors are in vain.

For pastors there is a lesson in John’s humility. This ministry of the gospel is a powerful tool. When applied well, it can change lives. People will then turn to us as religious icons or even idols. It is all too easy for the focus to become on us. It is for us, like John the Baptist, to point beyond ourselves to something greater, someone greater, whose shoes we are not worth to lace.

Perhaps this is a good Sunday to do Affirmation of Baptism, in place of the confession. The church where Luther was baptized has chosen to do this with visitors. Rather than restoring St. Peter’s in Eisleben to its Medieval glory, they refurbished it for an existing congregation and as a center for baptismal renewal. An in-ground, full-sized immersion font was installed, in the ancient tradition. People who visit will participate in a service of Affirmation of Baptism. 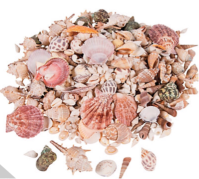 Move the font to a central location to draw attention to it. Consider giving everyone a shell. Children could distribute them during the service. Or you could put them in the font for people to draw out. Teach them to mark the sign of the cross with the baptismal water. Inexpensive shells can be found online at Oriental Trading. $15 for 150 (10¢ each) assorted in 2015.

It seems to be this is a good time to preach about baptism, not as a legalistic ritual, as so many see it (especially down here in the South), but rather as an announcement of God’s free grace and forgiveness, coupled with the promise of the Holy Spirit. Sprinkle the congregation with water and the Word. Pronounce a robust forgiveness of sins and encourage the faithful to live into their baptismal covenant.

English
As the people were filled with expectation, and all were questioning in their hearts concerning John, whether he might be the Messiah, John answered all of them by saying, “I baptize you with water; but one who is more powerful than I is coming; I am not worthy to untie the thong of his sandals. He will baptize you with the Holy Spirit and fire. His winnowing fork is in his hand, to clear his threshing floor and to gather the wheat into his granary; but the chaff he will burn with unquenchable fire.”

Now when all the people were baptized, and when Jesus also had been baptized and was praying, the heaven was opened, and the Holy Spirit descended upon him in bodily form like a dove. And a voice came from heaven, “You are my Son, the Beloved; with you I am well pleased.”