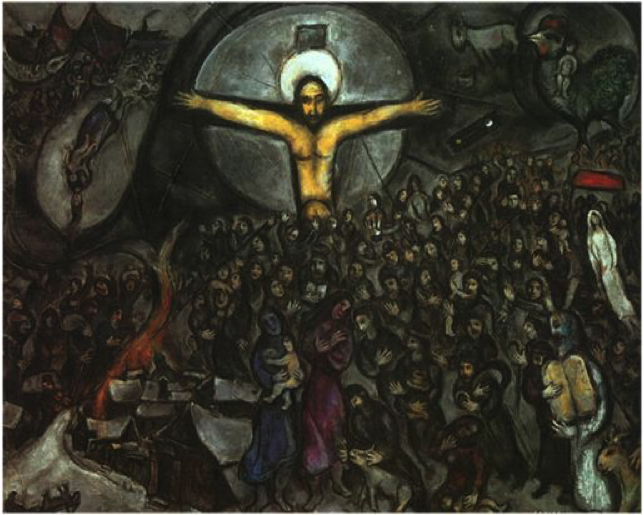 Psalm 99 – Extol the Lord our God and worship him at his holy mountain.

2 Corinthians 3:12 – 4:2 – Paul contrasts the glory of Moses with the glory of Christ. When one turns to the Lord, the veil is removed.

The Cross and the Lynching Tree

Some of us are reading The Cross and the Lynching Tree by James Cone this Lent. It’s 166 pages, so about 30 pages a week for five weeks. Watch for an online conversation in the Gulf Coast Leaders’ Facebook Group. Here’s our reading schedule:

It is also evident that when Peter, James and John awake to see the transfigured Christ conversing with Moses and Elijah, they are seeing, in some fundamental sense, into the kingdom of God. As much as they have been warned by Jesus that to identify with him as the Suffering Servant long announced, means that they too must suffer, so here these three are given a glimpse of that glory reserved for Jesus and to be shared by his faithful.
~David Lyle Jeffrey, Luke

The story of the Transfiguration is also recorded in Mark 9:2-10 and Matthew 17:1-9. It is an important story that some scholars have suggested is a repurposed resurrection story.

Luke’s version is shorter, but has some details that the other accounts do not. For example, only Luke tells us what Jesus, Moses, and Elijah were discussing. They were speaking of his “departure” (exodus?) – what he was going to accomplish in Jerusalem. Jeffrey says this and other discrepancies show that Luke is drawing from another source. I’m not so sure, but the reference connecting Moses and the crucifixion is stunning. Jesus’ transfiguration matches the transfiguration of Moses’ face on the mountain.

Jeffrey invites us to meditate on the painting by Jewish painter Marc Chagall, which has Christ crucified over Moses and those fleeing in the Exodus. The biblical narrative is one of exile and homecoming. Exodus, migration, slavery, and freedom.

Chagall, the most successful artist of the 20th century, uses the crucifixion as a symbol of Jewish suffering and persecution. Some say Chagall was the only Jewish artist of his generation to engage another religious tradition without betraying his own. He forged a universal message.

As I reflect on the relationship between Jews and Christians, it is hard to not despair. We should have been the closest of brothers and sisters, but instead there was enmity and persecution. That the church of the persecuted, crucified Christ could have become the persecutor and crucifier is a great sadness. The bloody history is too much to bear. It will take generations of goodwill to restore the relationship between Jews and Christians.

It may be worthwhile to read and digest the ELCA statement to the Jewish Community.

The connection of the Exodus and the Crucifixion lies in the themes of deliverance, salvation, redemption, and new life.

Interpretation of this text for our people today in this day and age requires that we are capable of identifying those enslaved and powerless today, otherwise we miss the meaning of the cross in our time. This is a point Cone makes painfully well.

Back in the story, a cloud overshadows them all on the mountain, reminiscent of the cloud that went before the Israelites in the Exodus. Jeffrey points out the cloud that covered the Tabernacle in Exodus 40, when the glory of The Lord filled the Tabernacle, hence the disciples’ suggestion that booths be built. The glory of The Lord is present on the mountain. Luke is a Gentile, but he knows his Bible.

The crucifixion is for Luke the fulfillment of the Law and Prophets. No wonder Peter, James, and John want to stay up on the mountain. Can you blame them? They’re safe on the mountain top, basking in the glory of God. Who wants to descend the mountain and deal with the poor, the blind, and the oppressed captives for whom Jesus claimed to be sent in his hometown speech (Luke 4)?

Are we not tempted in the same way? Here we are in our wealthy, safe society, cheerfully praising God in our wealthy, safe churches. Who wants to get their hands dirty with the ugly, messy problems of the world? All those hurting people out there are downright depressing and a bit of an inconvenience frankly. Let’s just camp out here on the mountain.

And yet, to follow Jesus is to serve. To follow Jesus is to deny ourselves and take up our cross. This text transitions us from Epiphany to Lent. Perhaps this is why we moved Transfiguration to this time and place in the liturgical year. We now descend the heights of the season of Epiphany, and enter into Lent, a time of repentance and reflection on the cross. Perhaps we do so with some reluctance. Let this cup pass from me… But this is where Christ calls any who would follow.

It is our confidence in the resurrection, prefigured here in the Transfiguration, that gives us the hope, and yes, even the joy to walk the way of the cross. Let is follow our Lord down the mountain and into the valley.

Whoever serves me must follow me, and where I am, there will my servant be also. Whoever serves me, the Father will honor. Now my soul is troubled. And what should I say-“Father, save me from this hour”? No, it is for this reason that I have come to this hour.
~ John 12:26-27