Blueprints in Catholics also signed an agreement to work together on sustainable development goals, and other peace and justice issues for the sake of the world: https://www.lutheranworld.org/news/new-beginning-lutheran-and-catholic-aid-agencies

The order of service can be found here: Common Prayer.

Here is the Joint Statement signed by both The Pope and The Rev. Dr. Junge.

Here is the You Tube video of the entire service.

​​
A German monk, priest and professor, Martin Luther opposed the sale of indulgences, which were used to fund crusades and buildings, most notably the now famous 1515 plenary indulgence used to finance St. Peter’s Basilica in Rome. On October 31, 1517 he posted 95 theses for debate on indulgences which got him in hot water. Luther also opposed the sale of ecclesiastical positions, taxing of priests with mistresses and children, required celibacy for priests, and the unquestionable authority of popes and councils. When he was excommunicated in 1521, a new branch of Christianity emerged.

Today there are about 900 million Protestants and 1.2 billion Catholics in the world. Since Vatican II, Lutherans and Catholics have been in dialog.

By grace alone, in faith in Christ saving work, and not because of any merit on our part,
we are excepted by God and receive the Holy Spirit,
who renews our hearts while equipping us and calling us to good works.

Recently, Pope Francis said Luther was a reformer whose intentions weren’t wrong since the Catholic Church of the time was “corrupt, worldly, attached to money and power.”
Lutherans and Catholics are a long way from working out all their differences, but they have moved along way towards acting like a family that seeks to work through it’s differences.

The livestream link was HERE . You may find other photos and links at that site. 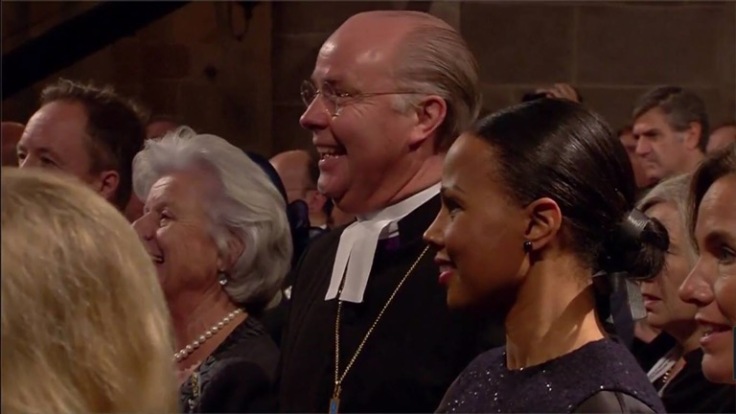