A favorite local artist from our Davenport, Iowa days is Isabel Bloom. Her concrete-casted and hand-finished figurines were ubiquitous in the Quad Cities.

At the time I didn’t know that Isabel (nee Scherer) was from Galveston, Texas.

We left Davenport in 1994. Isabel Bloom died a few years later, at the beautiful age of 93. Although she sold her interest in the business in 1981, she still was helping to create new designs almost until the time of her death. Here’s a photo of her in 1989: 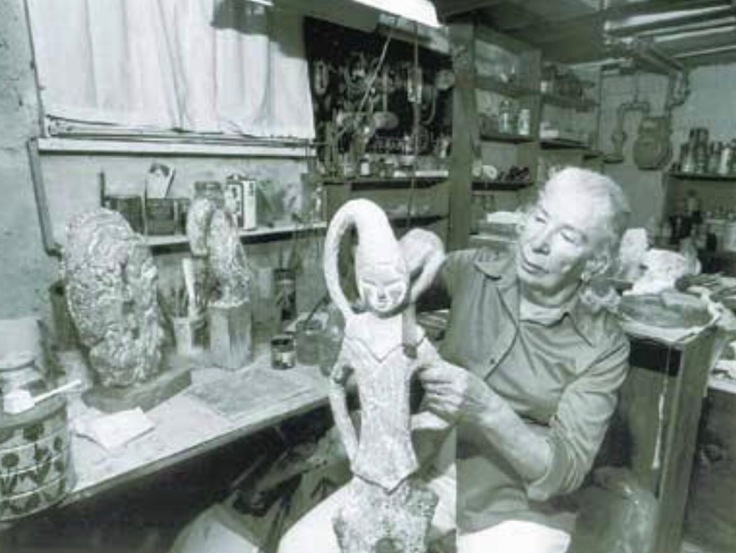 Over more than half a century, she created more than 165 different, cement-cast, big and little sculptures now sold in Isabel Bloom outlets in the Quad-Cities and throughout the Midwest.

She created an angel a year. Her angels were hand-signed on the bottom. Each year, our friends Kent and Carla Aufdengarten gave us one of her angels for Christmas.

While we were there six years (1988-1994), somehow along the way one got lost. Maybe that one will catch up with us in the afterlife. 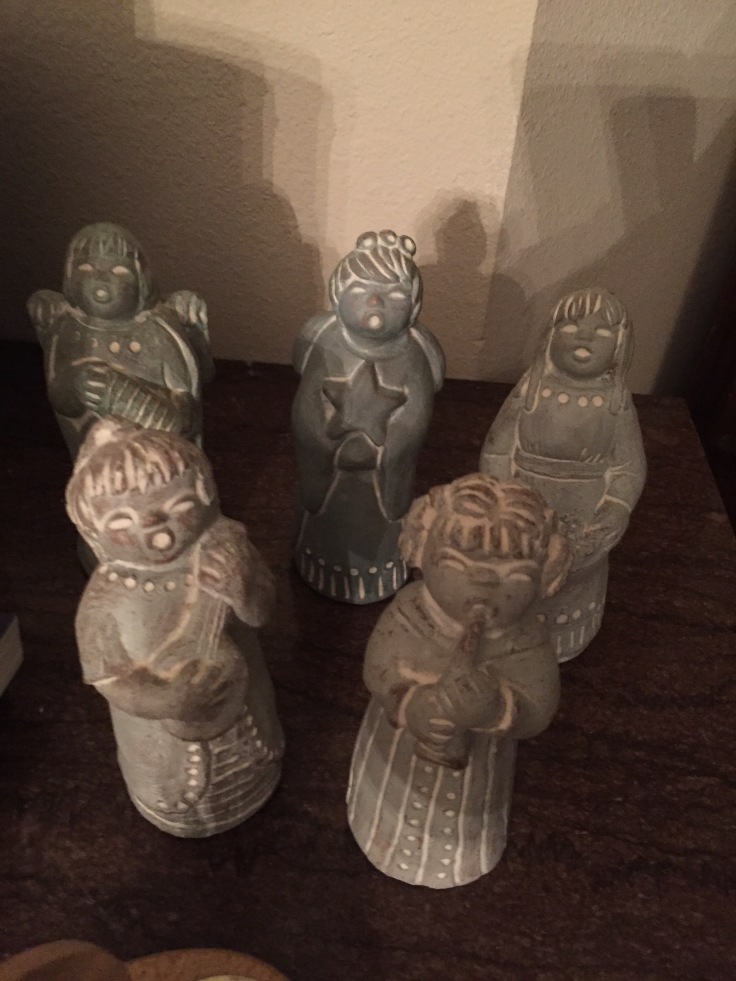 Isabel Bloom Angel 1990 (the one we are missing maybe): 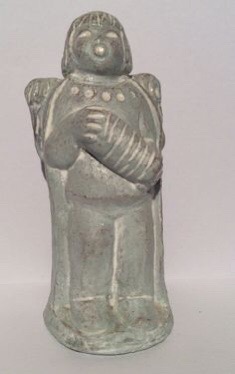 We also picked up a fish and a couple of birds during those years. Artists are such a gift.