Looking for a ray of light in the midst of tragedy? Watch the helpers.

Many years ago, on 9/11, a group of people illustrated heart-opening generosity in a way that caught my attention. t’s a true story; you can look it up. The details vary from source to source, but this is an experience that changed lives.

On September 11, 2001 Delta Flight 15 was over the North Atlantic, en route from London’s Gatwick Airport to Cincinnati, Ohio, when flight attendant Joyce Hanson was ordered to the cockpit immediately. The stern-faced captain handed her a message from Atlanta that simply said, “All airways over the Continental US are closed. Land ASAP at the nearest airport, advise your destination.”

“After I closed U.S. airspace, I realized that we’ve got these planes coming in from Europe and Asia and I then called David [Collenette, Canadian Transport Minister] and I said ‘Hey David, we need your help,'” Mineta said, asking Collenete if Canada could take the incoming planes.

“He put me on hold and within a minute or so he said, ‘We’ll take them all,'” Mineta told the Associated Press in a telephone interview. 200 flights were diverted to Canada.

The nearest airport for Delta 15 turned out to be in a town called Gander, on the island of Newfoundland. A quick request was made to the Canadian traffic controller and a detour to Gander was approved immediately. The crew simply told the passengers they were having instrument troubles. When they landed 40 minutes later, there were already 20 other airplanes on the ground from all over the world, and 18 more on the way.

The captain made an announcement, “Ladies and gentlemen, you must be wondering if all these airplanes around us have the same instrument problem as we have.” He explained that there was terrorist activity. No one was allowed to get off the aircraft. No one on the ground was allowed to come near the aircrafts. At 6 p.m. on September 11, Gander airport told them that they would be allowed to deplane at 11:00 the next morning.

About 10:30 on the morning of September 12th, a convoy of school buses showed up at the side of the airplane. The stairway was hooked up, and the passengers were taken to the terminal for “processing” through Immigration and Customs. They then had to register with the Red Cross.

The town of Gander has a population of 10,400 people. The Red Cross ended up processing 7,000-8,000 passengers. Passengers from various flights were taken to hotels, churches, schools and private homes, where they finally watched the news and learned what was going on. At such a deeply troubling time in American history, the “plane people” as they came to be known were overwhelmed by the hospitality of the people of Gander and outlying communities. With nothing to do, and nowhere to go, for two days they did nothing but enjoy the company of strangers.
Steve Kirby of Delta Flight 37 said that in the small town of Gambo, outside of Gander, where they stayed, the two small stores simply opened their doors all night long and told the community to “take what you need.” He said, “Every meal was a feast. I gained 28 pounds.” For two days they lived in the new community – a community of kindness, hospitality, generosity, sharing.
218 passengers from Delta Flight 15 ended up in a town called Lewisporte, about 45 Kilometers from Gander. Families were kept together. All the elderly passengers were lodged in private homes. Nurses and doctors were on duty. Phone calls and emails to US and Europe were available for every one once a day.
Some people went on boat cruises of the lakes and harbors. Some went to see local forests. Local bakeries offered fresh bread for the guests. Food was prepared by all the residents and church members and brought to schools and churches. Every need was met. Later, in news interviews, tears would stream down their faces as passengers told these stories.

17 dogs and cats from the flights were also housed. Two great apes were cared for.

Pat Bernard says that she slept in a padded pew at St. George Anglican Church. When they left, the church had a big good-bye service for them, tons of food, church bells ringing, people hugging.
Therefore I tell you, do not worry about your life, what you will eat or what you will drink, or… what you will wear… Look at the birds of the air; they neither sow nor reap nor gather into barns, and yet your heavenly Father feeds them… Consider the lilies of the field… they neither toil nor spin, yet I tell you, even Solomon in all his glory was not clothed like one of these…

Two days later the passengers were delivered to the airport right on time and without a single one missing or late. When the passengers from Delta Flight 15 were all on board, one of the business class passengers, a Dr. Robert Ferguson, got on the PA and reminded everyone of the hospitality they had received at the hands of total strangers. He said he was going to set up a Trust Fund to provide a scholarship for high school students of Lewisporte to help them go to college. He requested donations of any amount from the other travelers. When the paper with donations got back to us with the amounts, names, phone numbers and addresses, it totaled to $14,500. The doctor got on the PA again and promised to match the donations.
When we catch a glimpse of real hospitality, divine generosity, it changes us forever. We cannot help but give back. True gratitude expresses itself in sacrificial giving.
By the way, the Flight 15 Scholarship Fund, administered by the Columbus Foundation at 1234 East Broad Street, Columbus Ohio, is administered by Shirley Brooks-Jones, a retired administrative assistant from Ohio State University. She was on that flight. The fund started with $14,500. As of 2017, the fund has grown to over $2 million.

Never neglect to offer hospitality to strangers, for thereby some have entertained angels unawares. 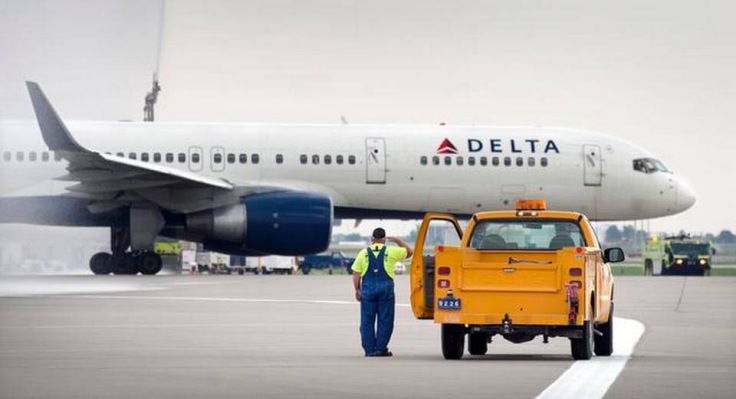