Psalm 147:1-11, 20c – Adonai builds up Jerusalem, gathers the outcasts of Israel, heals the brokenhearted, and binds up their wounds.

1 Corinthians 9:16-23 – Woe to me if I do not preach the gospel. Though I am free with respect to all, I have made myself a slave to all.

Those Who Wait upon the Lord

Isaiah 40: After 39 chapters of ranting prophetic doom on Judah (and on other nations, to be inclusive), Isaiah changes voice to the hopeful promise of a new creation and a new kingdom in chapters 40-55. There are really three Isaiahs: First Isaiah (chapters 1-39) prophesies Judah’s destruction and exile. Second Isaiah, written perhaps 200 years later, in the exile, prophesies the return from Babylon. Then in chapter 56 we change again to a third author writing after the exile. Isaiah is a collection of pre-exilic, exilic and post-exilic writings. In today’s reading, 40:21 is a continuation of the answer to the question in verse 18: “To what will you liken God?” God is not an idol that you can cast and guild, or carve, so that it won’t rot or tip over. The God we’re talking about sits above the earth. We’re like grasshoppers to this God, who created the universe and spread out the heavens like a curtain. Implicitly: If this God could bring you into exile, then this God could certainly bring you out. This God could give you strength for the journey. Empowering the powerless, the young, the old.

Arise, your light has come!
The mountains burst in song!
Rise up like eagles on the wing,
God’s pow’r will make us strong.

1 Corinthians 9 takes on a different theme. It is a common Pauline logic: I have the right to charge for the gospel, but I do not make use of that right, like Christ who was in the form of God, but didn’t exploit that status. I have the right to be free, but I give up that right to be a slave to all. I become all things to all people for the sake of the gospel, so that I might share in its blessings.

In Mark 1, we return to a “waiting on the Lord” theme, but first Jesus heals Simon’s mother-in-law of a fever. I wonder what she had. Some have suggested she had malaria. Whatever it was, word spread fast, and by sundown all the sick and possessed were brought to him. ἦν ὅλη ἡ πόλις: “The whole city” plopped down on their doorstep, and he healed their sick, casting out demons. All. Day. Long. How can you stop when the needy are at your door? When the last person left, they were wiped out.

How do you recharge from such an exhausting ministry? How do you refill your tank when it has been completely depleted and then some. How do you renew your strength?

We’re told that Jesus got up in the morning while it was still night. Know that feeling? He got up in the πρωi ἔννυχα, pro-ee enucha, morning/night. Why did he get up in the morning-night? He went to a lonely place (ἔρημον τόπον, eremon topon – lonely, deserted, desolate, alone place), to pray. He went to wait on the Lord, who renews our strength, in order to mount up on wings like eagles.

Beneath the cross of Jesus I long to take my stand;
the shadow of a mighty rock within a weary land,
a home within a wilderness, a rest upon the way,
from the burning of the noontide heat and burdens of the day.

Ministry leaders need to hear this message. Pastors, church staff, key unpaid lay leaders. Burn out is the norm. If you’re pouring it out, doing things that really matter, the compelling nature of the work can eat your lunch. Prayer and sabbath are about renewing our strength. We wait on the Lord for strength. We use this God-given strength, not for self-aggrandizement, but in service to others. We use it to bring good news and healing to the world.

Lent begins soon. Why not teach your people how to wait on the Lord? Here is a book/small group study/sermon series to do it: Learning to Pray Again: http://amzn.to/2DyAMV8 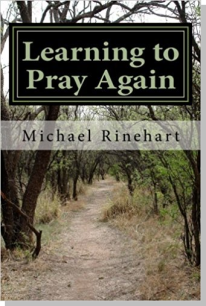 Learning to Pray Again has 40 chapters to read daily for the forty days of Lent. Each chapter is a different way of waiting upon the Lord. This could be an opportunity to splash Lent, and the three disciplines of Lent: Prayer, fasting and almsgiving.

The preacher may wish to use this week to talk about prayer, not as a laundry list of things we want from God, but rather as a time of silent waiting upon God, the wellspring of life, who brings hope and strength. When you don’t know how to pray, silence works. The good news is that God gives, even when we don’t ask. Our very lives are an unrequested gift. And even when in old age our strength wanes, and our outer nature is wasting away, our inner nature is being renewed. God gives.

Where is your lonely place where you wait for God? Where do you go for refreshment for your soul? The life and ministry of the church grows out of a life of prayer. We cannot sustain our strength for ministry in this world without returning to the well for the water of life.

We have all known well-meaning activists who have set out to change the world, only to run out of steam mid-course. Perhaps you have been that person. Without a spiritual source, we lose altitude quickly. The rigors of public ministry – exposing evil to the light, serving in Jesus’ name, going the extra mile, loving the unlovable, touching the untouchable, healing the sick, casting out evil spirits – are simply too difficult. We run out of gas. What fills your tank? How might the preacher seriously engage the congregation in pondering this question?

When we trust that God will refresh, renew and restore, we are free to give ourselves away for the life of the world. We can give until we have nothing left, because we know that lonely place where we can wait upon the Lord who renews strength. We know the more we give, the more we will receive, pressed down, shaken together, overflowing. And we long to be emptied, for the joy of being refilled. We need to be filled. As Mother Teresa said, “God cannot fill what is already full.”

I do it all for the sake of the gospel, so that I may share in its blessings. – 1 Corinthians 9:23

The Cost of Discipleship: February 4 is Dietrich Bonhoeffer’s Birthday

Dietrich Bonhoeffer was born in Breslau on February 4, 1906. He studied at Tubingen and Berlin Universities. In 1930 he attended Union Theological Seminary in New York for a year. The Bonhoeffers were an upper-middle class German family of doctors and scientists, so going into ministry was not thought to be a fitting profession for their sixth child.

He pastored Lutheran churches in London before returning to Germany in 1935. On May 29-31, 1934, the Confessional Evangelical Church met in Barmen with members of the Lutheran, Reformed and United Churches present. The Confession reaffirmed their desires to stand together in their Confession of Jesus Christ as “the way, the truth and the life.” They reaffirmed that Jesus Christ was the head of the church and rejected State rule: Hitler and the Nazi Party.

Bonhoeffer lectured in the U.S. in 1939. His friends urged that he not return to Germany, but he was committed to the confessing church and the Resistance Movement.

Although a pacifist, he eventually joined the conspiracy against Hitler. After multiple attempts on Hitler’s life, on April 5, 1943, Bonhoeffer was arrested, along with his sister Christel and her husband Hans von Dohnanyi.

In its seven years of existence, Flossenbürg, a concentration camp in northeast Bavaria, near the Czech border, imprisoned 96,000 people, executing 30,000. When Bonhoeffer arrived in 1943, there were over 4,000 prisoners in the main camp of Flossenbürg. More than half were political prisoners. 800 were German criminals. 100 were homosexuals. By 1945 there would be 40,000 inmates, 11,000 of which were women.

As the Allies approached, orders were given to execute all prisoners at Flossenburg. The prisoners were ordered to remove their clothing and were led down the steps under the trees to the secluded place of execution. On Sunday, April 8, 1945, nearly 73 years ago, Pastor Bonhoeffer conducted a service of worship. As he ended his last prayer, two men came for him. He spoke to an English officer, “This is the end, but for me it is the beginning of life.” The next day, April 9, 1945, he was hanged in Flossenburg along with others from the Resistance. Naked under the scaffold, Bonhoeffer knelt for the last time to pray. His brother was also executed at Sachsenhausen the same day.

Flossenbürg was liberated on April 23, 1945, 14 days after Bonhoeffer’s execution. Never found, Bonhoeffer’s body was either cremated or buried in a mass grave. We will probably never know.

A parish pastor took a stand for justice, against oppression, hatred, intolerance. Many other religious leaders did not. God grant us the grace to speak clearly yet kindly in moments of trial.

Jesus himself did not try to convert the two thieves on the cross;
he waited until one of them turned to him.
― Dietrich Bonhoeffer, Letters and Papers from Prison

Judging others makes us blind, whereas love is illuminating. By judging others we blind ourselves to our own evil and to the grace which others are just as entitled to as we are.
― Dietrich Bonhoeffer, The Cost of Discipleship

“We are not to simply bandage the wounds of victims beneath the wheels of injustice, we are to drive a spoke into the wheel itself.”
― Dietrich Bonhoeffer

Do not try to make the Bible relevant. Its relevance is axiomatic. Do not defend God’s word, but testify to it. Trust to the Word. It is a ship loaded to the very limits of its capacity.
― Dietrich Bonhoeffer

The ultimate test of a moral society is the kind of world that it leaves to its children.
― Dietrich Bonhoeffer