In 1958 The Rev. Royal E. Lescher, the Texas Synod’s first full-time President, resigned, with plans to move to Illinois in February 1959 to be closer to his aging parents.

An assembly was called. A vote for a new President was held, with three ecclesiastical ballots. The nominating ballot contained ten names. For the second ballot, three names remained: Phil Wahlberg, David Cooper and George Housewright. Phil Wahlberg was elected on the third ballot.

Pastor Wahlberg was a native Texan, born in Houston in 1924. He grew up at Grace Lutheran Church in Houston, the first ULCA congregation in the Texas Synod. He studied for two years at Texas Lutheran College, starting in the fall of 1940, then finished his bachelor’s at Lenoir-Rhyne, a Lutheran college in North Carolina. He graduated from Southern Lutheran Seminary. After his first call in Savannah, Georgia, he took the call at St. Mark’s in Corpus Christi. During his time, the congregation grew from 100 to 650.

In January 1962, President Wahlberg challenged the prejudice of area Lutherans. A local congregation had voted to bar Hispanic children from Sunday school. Wahlberg criticized the action as “apartheid.”

Wahlberg was criticized for taking positions on so-called “political issues,” such as the Vietnam War, apartheid and segregation. He defended the National Council of Churches when they were being accused of being infiltrated with Communists. From Russell Vardell’s Book (see below):

President Wahlberg wrote an open letter in May to U.S. President Nixon, protesting the Cambodian invasion and urging a negotiated peace settlement. Wahlberg received several letters from synod members in opposition. Some complained that he had used synod stationery and the title “synod president,” as if his opinion represented the entire synod. President Wahlberg pushes back, addressing the synod in December reminding them of the unbelievable costs of the war.

Though he worked hard for Lutheran unity, especially leading up the merger of 1988, he warned of creeping biblical literalism and fundamentalism.

In 1980, the LCA changed the title from President to Bishop. Bishop Wahlberg served until the formation of the ELCA in 1987. (His assistant, Martin Yonts, was elected the first bishop of our synod, the Texas-Louisiana Gulf Coast Synod, ELCA, followed by Paul Blom in 1991). If we include his time as the President of the Texas Synod, ULCA, Phil Wahlberg served from 1959 to 1987, nearly 29 years as President/Bishop in Texas and Louisiana, elected six or seven times.

In 2004, when I was serving a parish in Conroe, Texas, I wrote to former Bishop Wahlberg, who had been retired for 16 years. He was 80 years old. I wrote to ask him questions about the rationale for the configuration of the three Texas-Louisiana synods. He took time to write me back, a two-page, single-spaced response typed on his faithful old Smith Corona. He shared that he happened to have been a member of a committee appointed by the Committee for a New Lutheran Church (CNLC) that was tasked to determine synodical boundaries. They had been given a guideline to strive for smaller synods. There was much more to the letter, but I credit him with taking time to write at all.

A public Celebration of Life through Scripture and Song will be held next Saturday, August 14 at 11:00 am at Gethsemane Lutheran Church in Austin, Texas. Bishop Gronberg and I will officiate. The service will also be livestreamed. I’ll pass on a link when it becomes available.

Pastors, Deacons and Synodically Authorized Ministers are invited to vest and process. The color of the day is green.

Those Rostered Ministers who knew Rev. Wahlberg and would like a part in the service are asked to call the church at (512) 836-8560 and leave a message.

If you’re interested in the history of the Lutheran Church in Texas, here are some things to read:

Russell Alan Vardell, “Striving to Gather the Scattered: The Texas-Louisiana Synod and Its Predecessor Bodies, 1851-1987.” Austin, 1988.

H. C. Ziehe, “A Centennial Story of the Lutheran Church in Texas”

Merton Lundquist, “One Family of God” (for the Augustana Texans)

in 2016, former Southwestern Texas Synod Bishop Ray Tiemann presented Phil Wahlberg with a certificate celebrating the 70th anniversary of his ordination. Ray is pictured below with Phil and Rachel Wahlberg, both in their 90’s: 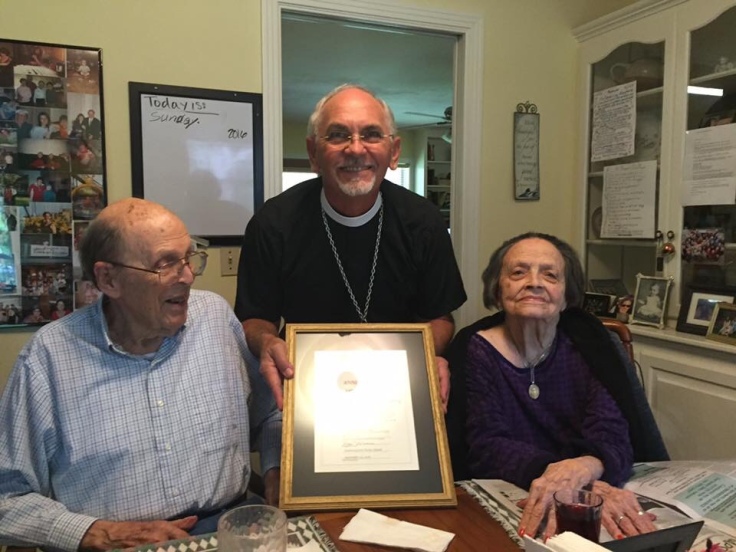 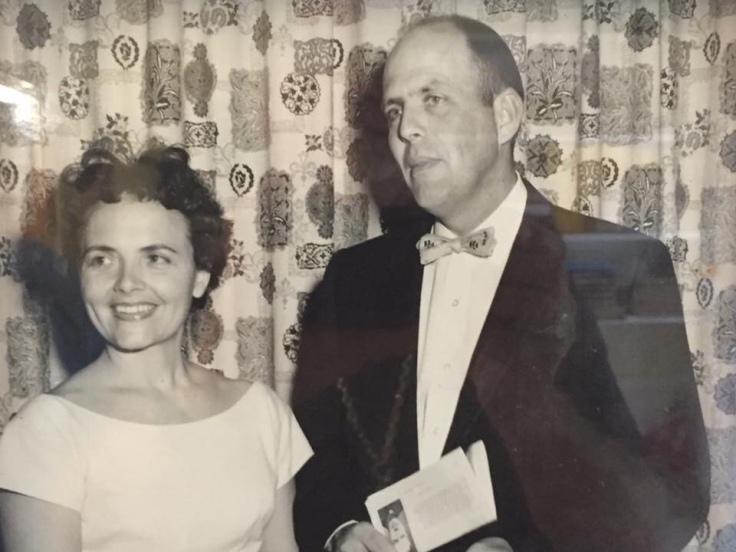 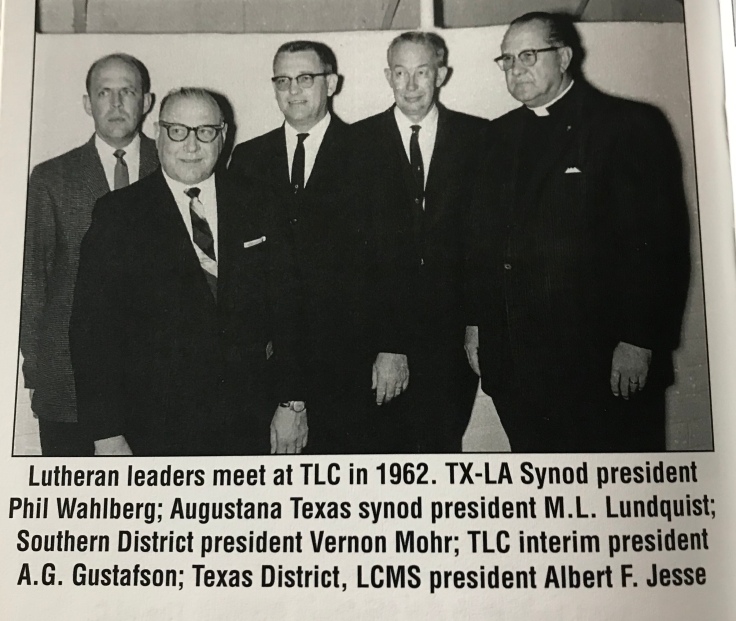 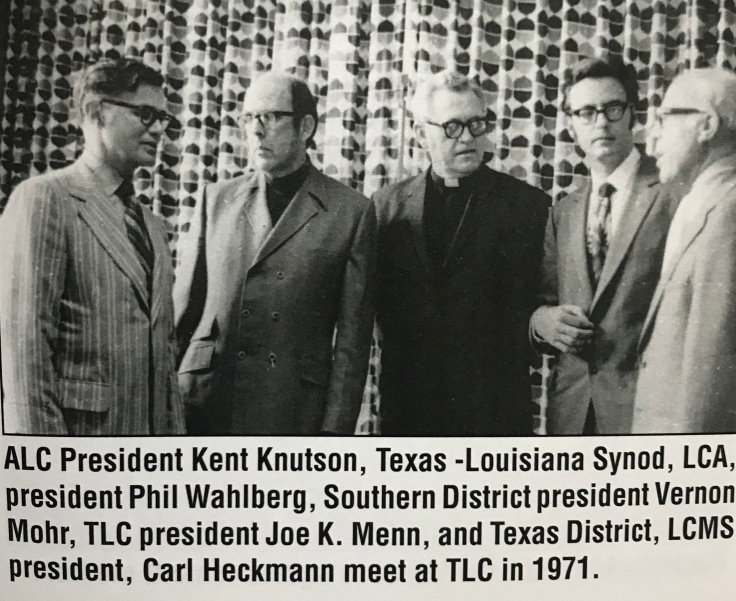