Lots of positive energy this morning at St. Paul Brenham. This congregation has come through some struggles, and landed in a really healthy place. I’m deeply grateful for Pastor Phil Fenton’s solid leadership. 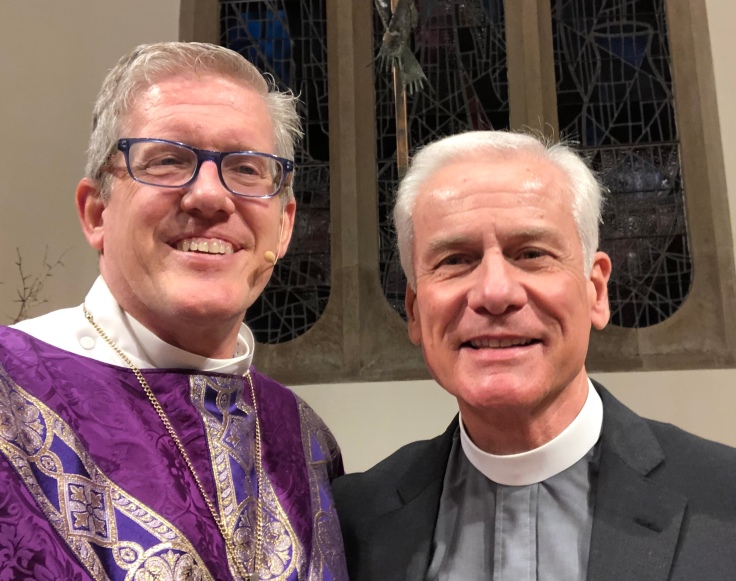 How nice of the confirmation class of 1888.

They blessed over 100 quilts 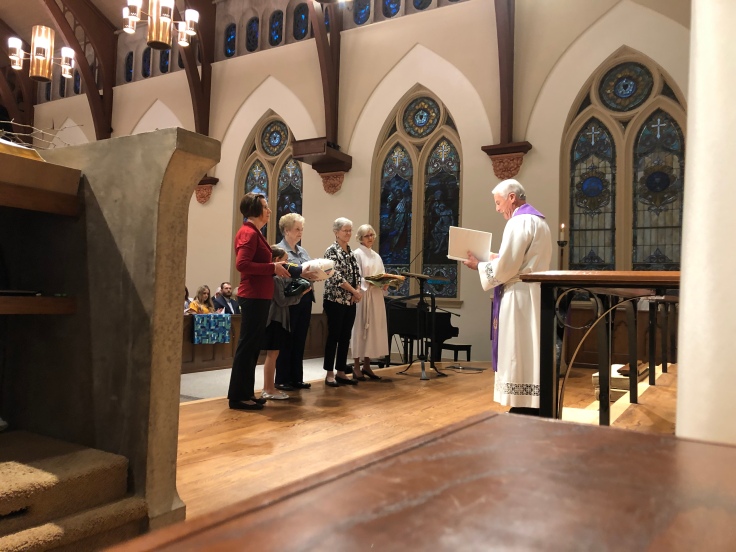 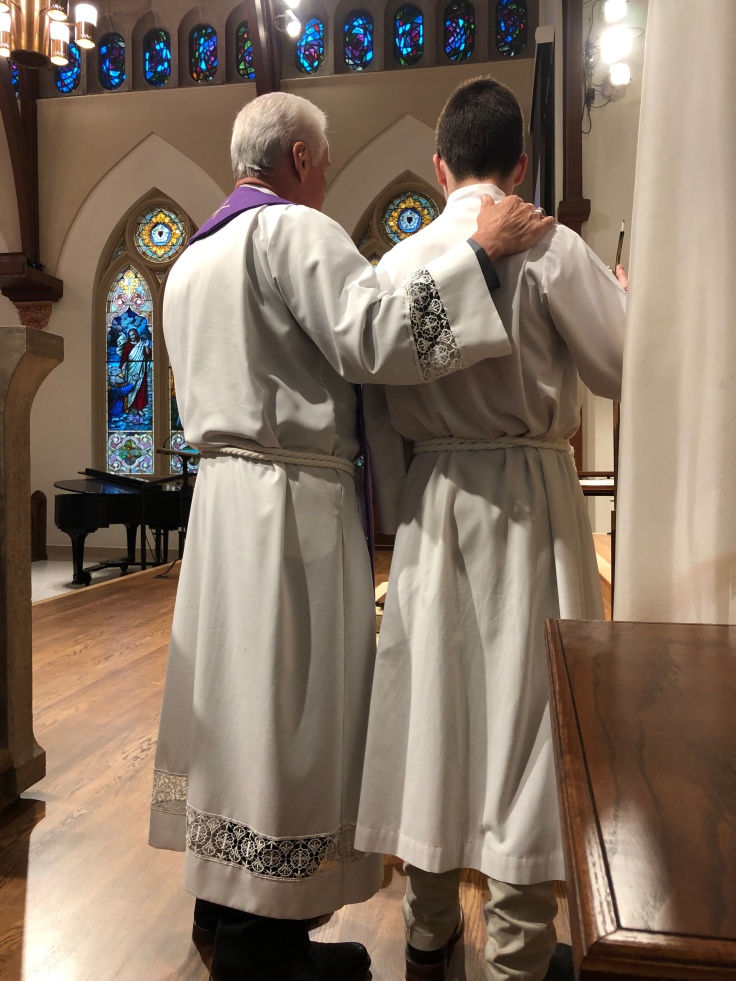 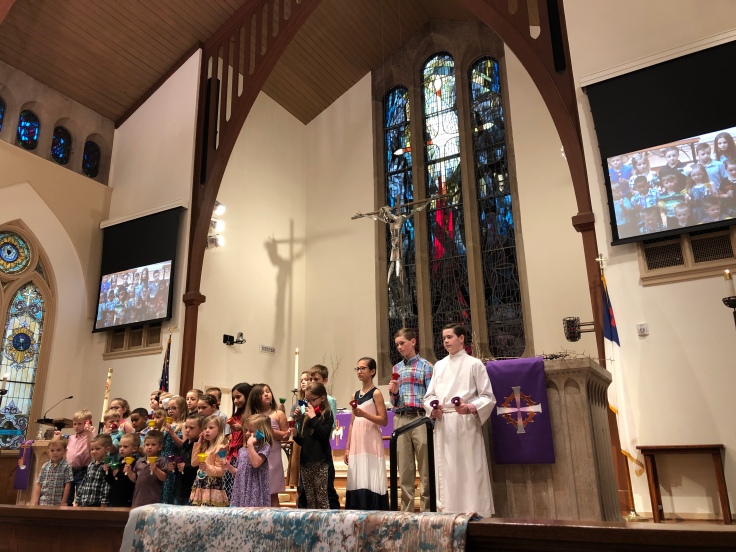 It’s hard to hear the accompaniment in this video, but watch the boys on the left front row. They seem to be having a thoroughly good time. 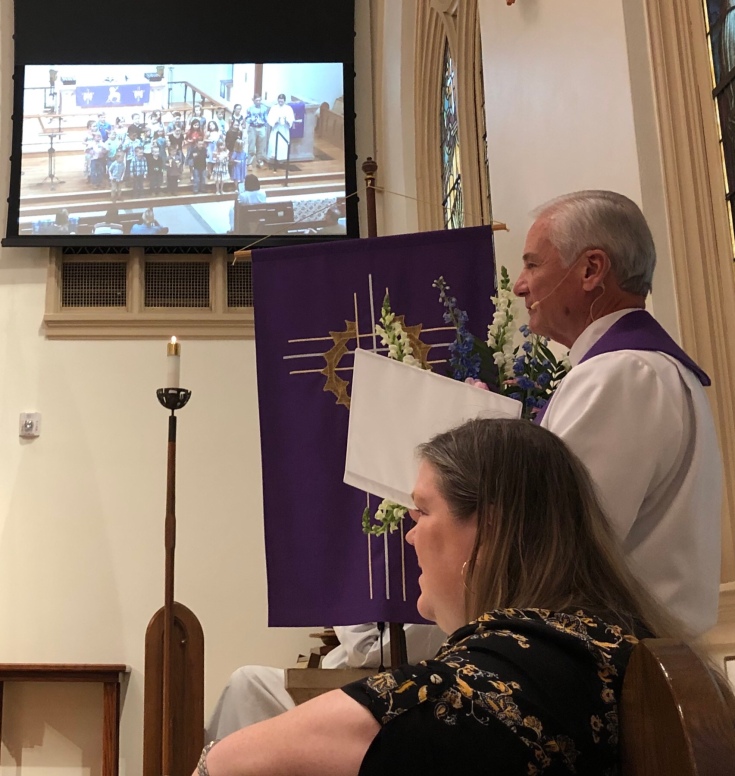 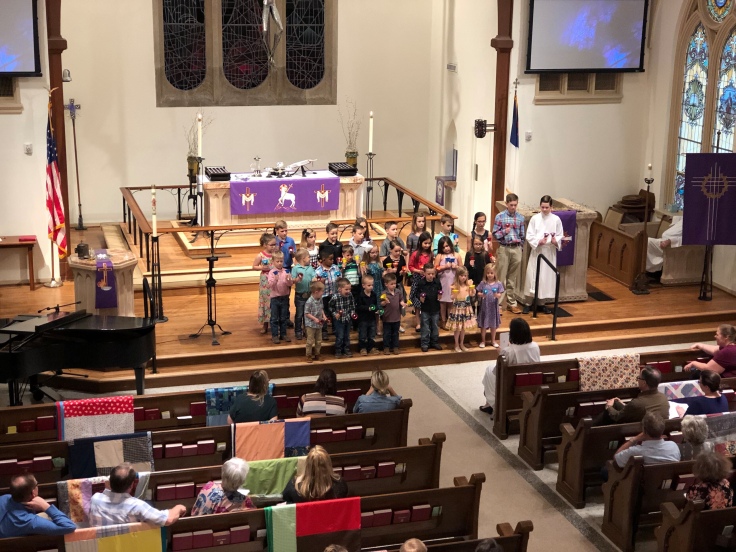 I appreciate the Lenten motif and all, but as someone who speaks with his hands, and has been known to pound the pulpit, I got stuck by the thorny pulpit a few times at the early service.

They asked if I would be willing to play something schmaltzy on the piano during the offering, so, ask and you shall receive…

After worship, which included a baptism, the altar guild put the rather ornate lid back on the baptismal font. There’s probably some fancy liturgical name for this thing, but I don’t know what it is. When in doubt ask an Episcopalian.

(Thanks, Matt Bryan, for the balcony shots.) 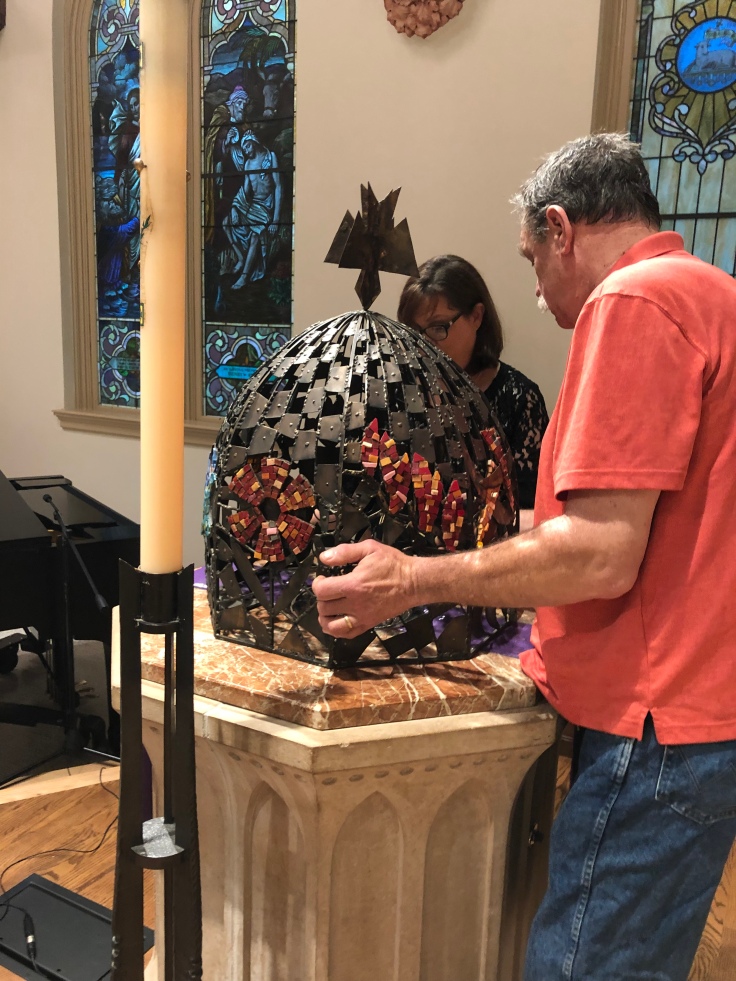 after a decade at St. Paul, Phil is retiring, in August around his birthday. The countdown has begun…