The beautiful Church of St. Nicolas, the oldest church in Leipzig (Houston’s sister city) was founded in 1165. By 1965 it was located in East Germany, The GDR (1949-1990): German Democratic Republic. It was a communist state, part of the Eastern Bloc, occupied by Soviet forces, controlled by the Stasi, secret police (Staatssicherheitsdienst). The Stasi’s main purpose was spying on the population. Berlin had been walled off by the Berlin Wall. Many people were killed fleeing, shot, or blown up in land mines. 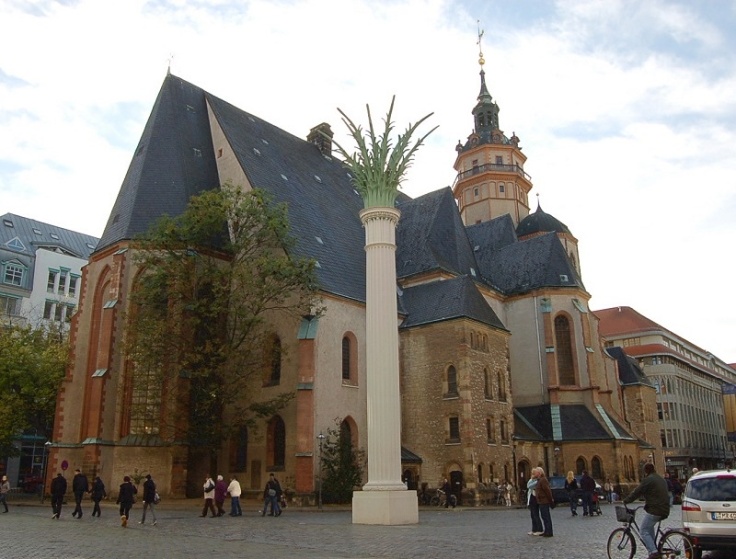 Nikolai Kirche was a sanctuary, a safe space, where, even in the GDR, one could speak freely.

The pastor at St. Nikolai began with prayer, every Monday. A few, then more, then many. In September there were a thousand. The youth group had signs that said, “we want a free country, an open country, free for all the people.” Some were arrested. More came.

By October of 1989, 30 years ago, thousands were gathering for prayer with lit candles. The church could not hold them. Many stood outdid on the streets, security forces with machine guns leering at them.

On October 9, 70,000 people showed up in Leipzig. They had signs that said, “We Are The People” and “No Violence.” The local combat group threatened the “protesters.” Extra police were sent to the city, so that there were 8,000 security forces. Why they did not shoot is still a mystery. The crowds remained peaceful and fundamentally altered the course of European history. 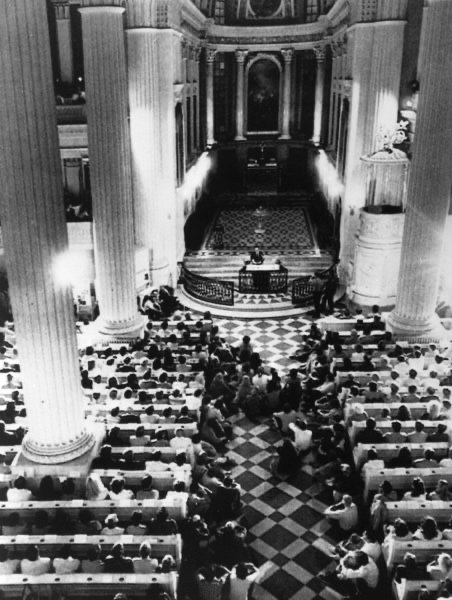 One month later, November 9, 1989, the Berlin Wall fell, and soon afterward, the communist regime. Not one shot was fired.

It started with young people praying. At a church.

Come with me next summer and see for yourself.

The Monday prayers are still going on, and every year in October Leipzig remembers with a Festival of Lights. 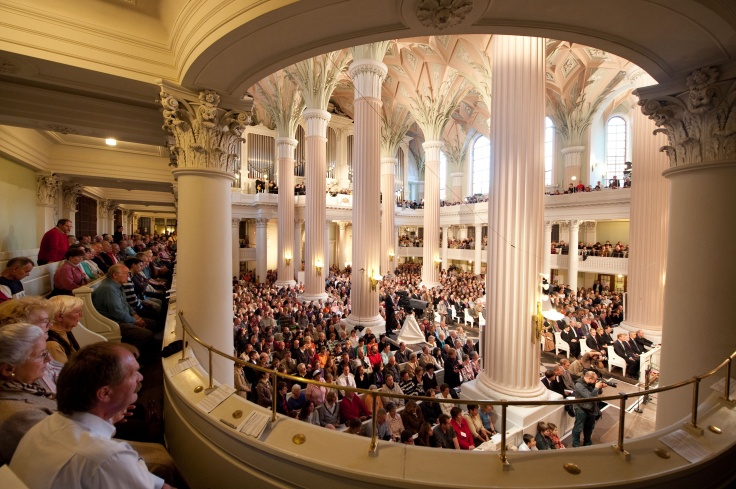