Peace Lutheran Church began meeting in 1978 in the home of Pastor Bert and Belva Locker. They were chartered in 1979. Belva is still a member at Peace and was with us today:

Peace is located in Slidell, on the North Shore of Lake Ponchartrain, East St. Tammany Parish. 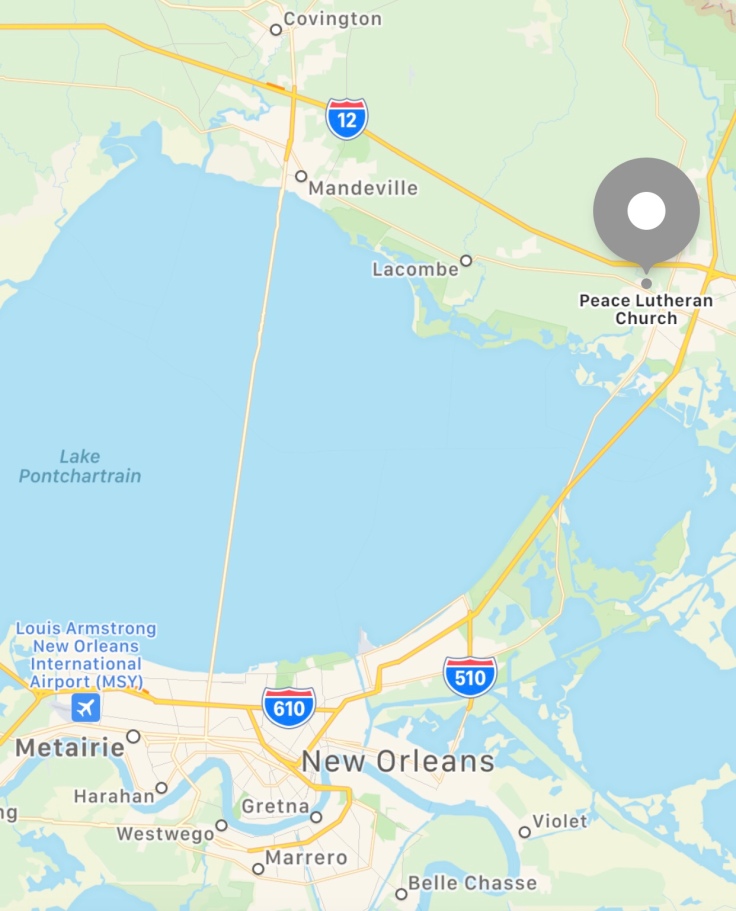 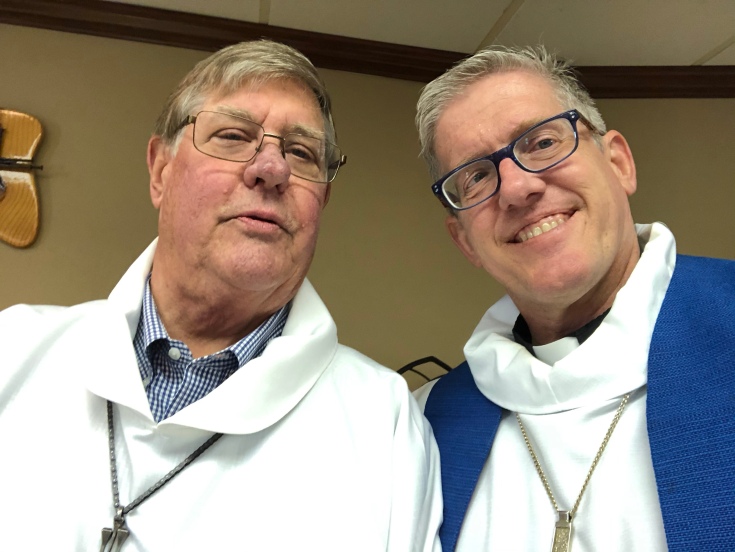 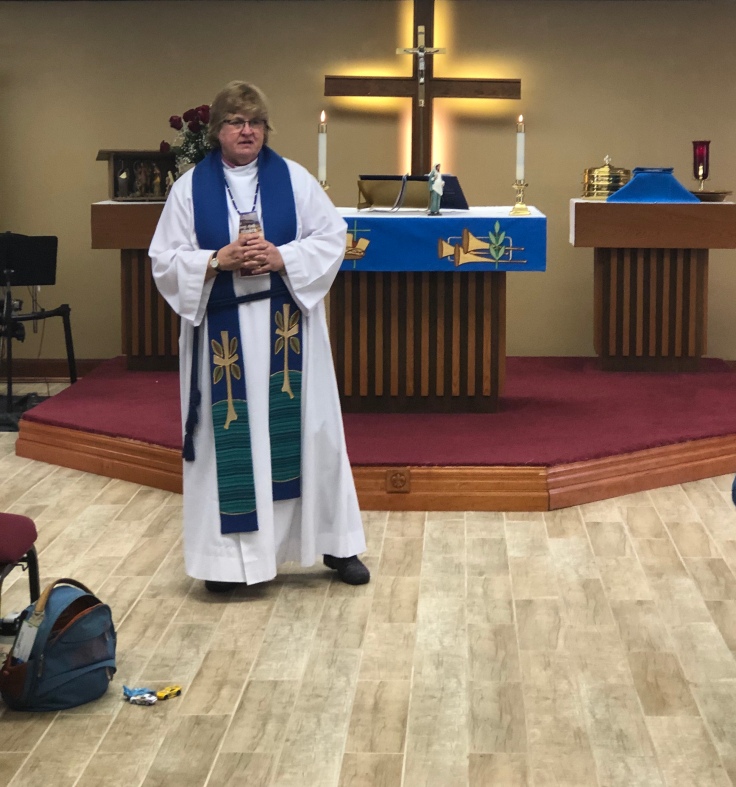 This man is a living miracle. Damaged by chemicals while working in the Navy, Richard’s lungs were down for the count. After numerous bouts with. Pneumonia, his lungs were done. They were planning his funeral. On Maundy Thursday he got a call that he was #2 on the list for new lungs. On Good Friday he got the call to come in tomorrow. He received two lungs from an unknown donor. On Easter Monday they woke him up to a new lease on life.

Peace has a Narcotics Anonymous group of around 25 people that meets in their building seven days a week. There is a distressing opioid crisis.