The Louisiana Interchurch Conference grew out of the post-Vatican II ecumenical imperative. 70 participants (like the Septuagint), from a dozen denominations (listed below). 23/70 participants are Roman Catholic in this strong Catholic area.

Above, Pastor Nancy Andrews (ELCA Dean of the Bayou Conference and Pastor at Lutheran Church of Our Saviour) finishing lunch with (L-R) The Rev. Dr. John W. Forbes, The Rev. Kenneth D. York and the Rev. Dr. Ernest Peters, of the AME Zion Church.

This event usually falls during the Spring ELCA Conference of Bishops meeting, so I’m hit and miss. This year things worked out. There’s also a board meeting in the fall that I usually make.

The meeting was led by LIC President, The Rev. Dr. Timothy Jones: 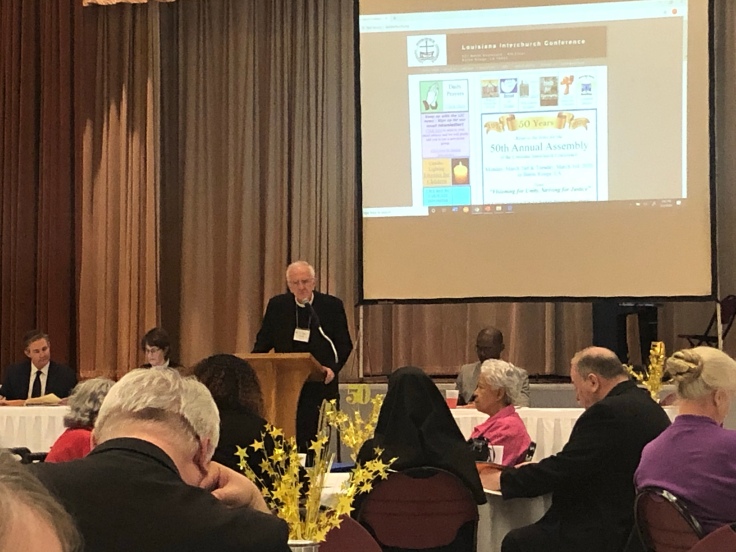 Jessica Vermilyea, Lutheran Social Services Disaster Response, gave us a disaster update, along with some reflections on Coronavirus developments: 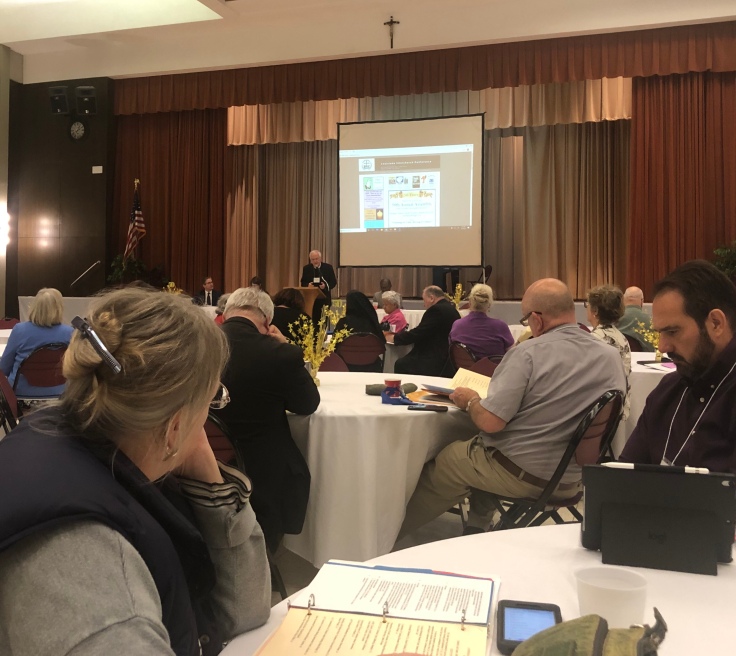 Keynote Speaker Jim Winkler, President and General Secretary spike in the state of the ecumenical movement and the loss of civil discourse in the U.S: 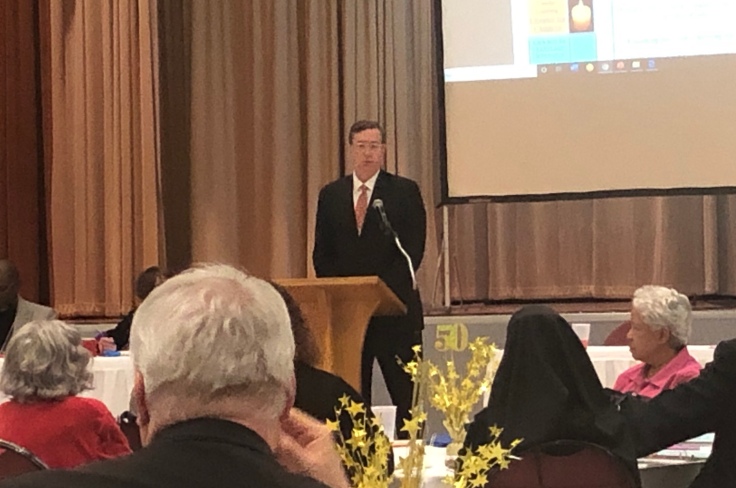 Joel Hicks, candidate for ministry in the ELCA, serving a congregation in Shreveport, Louisiana hopes to be ordained in June. 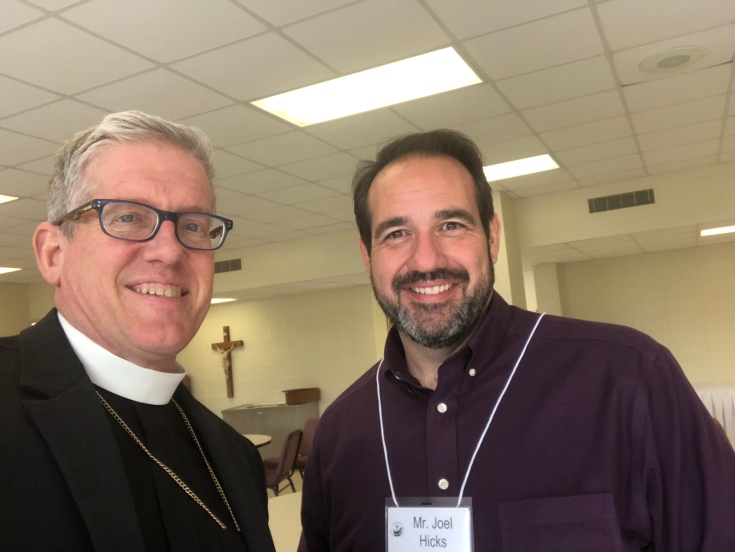 Pastor Robin McCullough-Bade, Director of the Interfaith Federation of Greater a Baton Rouge:

Church if God in Christ (COGIC)