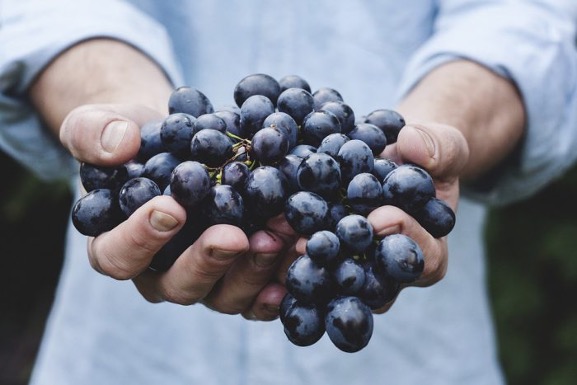 Listen to the podcast by Bishop Michael Rinehart.

Acts 10:44-48 – Holy Spirit falls on unbaptized Gentiles. So they baptize them.

John 15:9-17 – This is my commandment: love one another as I have loved you. I have said these things that my joy may be in you and that your joy may be complete. You did not choose me; I chose you, and appointed you to bear fruit.

This summer I’m going to take a break from the weekly blog posts and podcasts on the Sunday texts from the Revised Common Lectionary. This will also give a break to Aimee Elles in our office, who does a great job editing and posting the blog and podcast, a considerable task. At the end of May, I will post a summary of what is coming up this summer, followed by links to previous blog posts on these days in the liturgical year.

While Peter was still speaking, the Holy Spirit fell upon all who heard the word. 45The circumcised believers who had come with Peter were astounded that the gift of the Holy Spirit had been poured out even on the Gentiles, 46for they heard them speaking in tongues and extolling God. Then Peter said, 47“Can anyone withhold the water for baptizing these people who have received the Holy Spirit just as we have?” 48So he ordered them to be baptized in the name of Jesus Christ. Then they invited him to stay for several days.

The hearers are not Jewish. They’re not Christian. The Spirit falls on them anyway. The Spirit blows where it wills. This is not how the apostles had envisioned things. Could it be that the Spirit sometimes works outside of our preconceived notions of how things should go? The Spirit is clearly at work, so they just baptize them. Whenever you move into a new mission field, know that the Spirit is already there, at work, making things happen.

Psalm 98 – Shout with Joy all the Earth

1O sing to the Lord a new song, for he has done marvelous things. His right hand and his holy arm have gotten him victory.
2The Lord has made known his victory; he has revealed his vindication in the sight of the nations.
3He has remembered his steadfast love and faithfulness to the house of Israel. All the ends of the earth have seen the victory of our God.
4Make a joyful noise to the Lord, all the earth; break forth into joyous song and sing praises.
5Sing praises to the Lord with the lyre, with the lyre and the sound of melody.
6With trumpets and the sound of the horn make a joyful noise before the King, the Lord.
7Let the sea roar, and all that fills it; the world and those who live in it.
8Let the floods clap their hands; let the hills sing together for joy
9at the presence of the Lord, for he is coming to judge the earth. He will judge the world with righteousness, and the peoples with equity.

The whole earth sings God’s praises. Not just our tribe. In fact, even the hills sing and the sea roars.

Jesus says, “Come to me, all you that are weary and are carrying heavy burdens … For my yoke is easy, and my burden is light” (Matthew 11:28–30). Like Jesus, 1 John insists that God’s commands are not difficult. In essence, they consist in the call to love, “not in word or speech, but in truth and action” (1 John 3:18).

Luther once said one cannot separate faith and works any more than one can separate heat and light from fire.

Our gospel comes from John 15. “As the Father has loved me, so I love you. Abide in my love.” The heart of the gospel is abiding in Christ’s love.

9As the Father has loved me, so I have loved you; abide in my love. 10If you keep my commandments, you will abide in my love, just as I have kept my Father’s commandments and abide in his love. 11I have said these things to you so that my joy may be in you, and that your joy may be complete. 12“This is my commandment, that you love one another as I have loved you. 13No one has greater love than this, to lay down one’s life for one’s friends. 14You are my friends if you do what I command you.15I do not call you servants any longer, because the servant does not know what the master is doing; but I have called you friends, because I have made known to you everything that I have heard from my Father.16You did not choose me but I chose you. And I appointed you to go and bear fruit, fruit that will last, so that the Father will give you whatever you ask him in my name. 17I am giving you these commands so that you may love one another.

To love one another is what Barbara Berry-Bailey calls The Prime Directive. The Ten Commandments can be summarized as follows: “Love God; love neighbor.” Love is the prime directive. Jesus gets the heart of the law and hones in on it with laser focus. “By this shall all people know you are my disciples, if you love one another.”

So we bear fruit by abiding in Christ.

We abide in Christ by abiding in Christ’s love.

And then there is this fruit business. Lest we think abiding in love is a sentimental, feeling thing, Jesus says, “I have appointed you to bear fruit, fruit that will last” (abide).

Only seven times in John. Less than Mark. Five of those seven are right here in John 15.

We might take a cue from Paul, who wrote about bearing fruit long before John wrote his gospel: “The fruit of the Spirit is love, joy, peace, patience, kindness, generosity, faithfulness, gentleness, and self-control…” (Galatians 5:22) The fruits God hopes we will bear are: love, joy, peace, patience, kindness and so forth. John is saying we find these by dwelling in Christ.

A different approach: St. Augustine seems to insinuate that fruits are good works. In his discussion of John 15 in Tractates, he points out that the branches (disciples) cannot bear fruit (good works) apart from the vine (Christ). He reminds us that even our good works come from God. And if the branch tries to bear fruit apart from the vine it will wither. Likewise perhaps doing good works apart from a life-giving relationship with God will be fruitless. Focus in abiding in Christ, first and the branch will eventually bear fruit. This is justification talk.

There are an infinite number of places one can go with a sermon on John 15, even if you preached on it last Sunday (rather than the Acts 8, Ethiopian Court Official).

One possibility: What does it mean to abide in love? How do we dwell in love? What does it mean to abide in God’s love? I am reminded of Ephesians 5:2, often used as an offertory sentence in Episcopal liturgy: “Live in love, as Christ loved us and gave himself up for us, a fragrant offering and sacrifice to God.” Give examples of those who have lived in love. Consider Martin Luther King’s book, The Strength to Love.

Another possibility:  It seems to me that in every parish I served a number of do-gooders who worked their fingers to the bone doing good, and at some point they flamed out. They weren’t connected to the vine. Rather than discerning God’s direction, they operated frenetically. Worship and prayer were secondary to helping people. I’m all for helping people, but without the spiritual food and drink, you eventually run out of gas. Our spiritual lives are the fuel we need for a life of ministry, a life of walking the way of the cross. These folks would dive in head first, then eventually become bitter when predictably, the rest of the congregation didn’t follow them into the deep end. They’d take on too much and eventually wither, like the seed that fell in rocky soil and then was withered by the sun because it had no depth of root. They’d get crispy, and angry. They meant well.

So once or twice a year it may be important to preach a sermon on God as the source of all good works, and our efforts at justice, mercy and compassion as being rooted in our own connection to Christ the vine, to our spiritual growth: prayer, worship, silence. This might be a good time for such a sermon especially if groups are considering new initiatives for the fall or preparing for mission trips or servant projects.

“Hitting the Wall” might be a good theme. The lessons for life apply across the board. Remind people that God is the source of all good works. Don’t set out on a ministry journey and forget to take Christ along with you. For, “apart from me, you can do nothing.”